Since 2018, Candywriter’s life simulator BitLife has been a hugely successful hit on both iOS and Android platforms, and while the big updates with new features have stopped rolling out in recent months, those weekly challenges remain an essential part of the title’s gameplay.

Many of these limited-time events have rolled out soon after major updates and were based on the new features introduced on said updates, but this time around, the latest BitLife challenge happens to be based on an update that was released about a year ago to this date.

As most of you may know, Pride Month is coming to a close, but for the folks at Candywriter, it’s better late than never. This week’s challenge is a very timely one, as the Pride Challenge launched on Saturday afternoon, and seeks to test players’ ability to create an LGBTQ+ character (preferably), find a partner to settle down with, and start a large and happy family with that partner.

It’s a pretty easy challenge compared to most others we’ve completed in recent months, but if you’re having some difficulty completing it, we advise checking out this BitLife mini-strategy guide, which shows you how to finish the Pride Challenge with as little rework possible.

Bitizens Can Come Out At Age 12

As usual, the first thing you’ll need to do in the BitLife Pride Challenge is to decide whether you wish to create a new character or work with an existing one. But since opting for the former choice is the usual way to go, we would advise you to set your character’s sexuality to Gay or Bisexual from the get-go if you have God Mode. If you don’t have God Mode enabled, you can create any character you wish, male or female, with no specific requirements for any of the visible stats.

In the game, characters can come out as part of the LGBTQ+ community once they reach the age of 12, although it’s possible that the game will prompt you after you hit the Age button with a random scenario asking you how you would wish to identify in terms of your sexuality. If that doesn’t happen, simply go to the Identity menu in Activities and choose Sexuality — here, you can choose whether to come out as bisexual or homosexual.

Related: BitLife Pride Update Guide: Everything You Need to Know About BitLife Version 1.38, aka the Pride Update

Now if you don’t have God Mode and the game informs you that you are “feeling heterosexual tendencies,” you can opt to identify as bi to be on the safe side. Candywriter has yet to nerf/tweak this particular quirk, but enjoyment when making love to a same-sex NPC doesn’t seem to be compromised if your character identifies as gay/bi despite actually being straight.

In the real world, it’s not uncommon for people to use a dating app repeatedly to meet and date multiple people within a short period of time — oftentimes, these people would turn out to be one-off dates for one reason or another. As part of the BitLife Pride Challenge, you can employ a similar strategy when trying to meet the requirement of dating at least ten people via the Gay Dating App.

No need to be picky with regard to looks, smarts, personality, or money — just spend $100 to use the app, go on a date with the person, return to the app to date someone else, rinse and repeat until you date ten people. No dating apps are that expensive in real life, but in the BitLife universe, $1,000 for ten dates is still a small amount of money in the grand scheme of things.

Now it would be preferable if, once you meet the above requirement and are dating the tenth person you met via the Gay Dating App, you stick it out with that person and eventually marry them. Getting married, after all, is baked into the “adopt four children’ requirement we will be discussing below, so once your Relationship bar is full, you can either buy a cheap ($15,000-20,000 or thereabouts), albeit genuine ring to propose, or propose without a ring and choose the most romantic possible venue, quitting and restarting the game until your partner says yes.

To save money, you’ll then want to choose a Courthouse marriage and eschew the honeymoon — prenups are optional as far as this challenge is concerned, so it may be better not to bother with a prenuptial agreement so that everything goes through without a hitch.

Once you’ve settled down with your partner and tied the knot, the next thing to do is to find a house to buy, in case they don’t have one yet — this is important for the next requirement in the Pride Challenge that we will be discussing. When buying a house, you need to take two things into consideration — can you afford the house, and does your spouse approve of it?

Alternately, you can buy a house before getting married if you can afford it, and this precludes any concerns your spouse may have with the house you’re planning to buy. Ideally, you’ll need to have been working for at least five years to afford a house that’s good enough to impress the adoption agency, yet inexpensive enough for your budget.

After purchasing the house, you can head to the Adoption menu under Activities and browse the available orphans looking for a caring family and a house over their heads. Take note that adoption doesn’t come cheap — we happened to be “lucky” that our test character’s father left a huge inheritance upon his passing, which allowed us to adopt all four children at once. Most of the time, it costs $35,000 to adopt a child, though there may be instances where it costs considerably less, usually when you’re adopting a foreign-born orphan.

One benefit of adopting children is the effect it has on your Happiness. In our test playthrough, our character discovered that his husband was cheating on him, which decreased his Happiness quite a bit. But after adopting multiple kids in a row before hitting the Age button, that allowed us to complete the challenge and get our character’s Happiness to 100 percent. With four adopted kids and a full Happiness bar, that should wrap things up for you as well, and you can then choose a prize chest and unlock a new accessory to add to your collection — par for the course for every BitLife challenge! 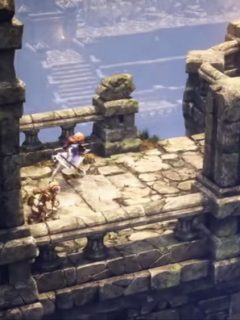 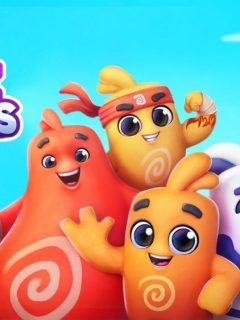