Colin Lane Games’ new title for iOS and Android devices is called Big Shot Boxing. As we explained in our first strategy guide for the game, this is an arcade boxing game where you get to choose a fighter, manage his career from the bottom as he works his way up, and make sure he makes the most out of his boxing career, improving his stats, and dealing with the aftereffects of character aging. As previously explained, this game boasts of shocking depth, which is why we created one, and later on two guides to cover all of the tips we feel are necessary to help players achieve great success while playing this title.

The first guide we created for the game was largely focused on intermediate tips, with a lot of beginner tips throw in for the first-time player. And while we’re not getting too advanced for all you players out there, this Big Shot Boxing strategy guide does focus on a few more tips we weren’t able to cover in the first guide — of course, we’re going to be giving you some advanced advice for fight strategies, but we’ve tried to run the gamut with these tips, as there may be a beginner or intermediate tip we forgot to mention in the first players’ guide!

1. Rage-Quitting Is An Option

This is a tip we probably should have covered in our beginner/intermediate guide, but we might as well bring this up, should you have considered doing this in the past. Based on our observation, there doesn’t appear to be any punishment in the game for rage-quitting, so if you want to prevent your fighter from aging and want to preserve your undefeated record, it seems alright to force-quit the game — it’s a player vs. AI title anyways, with no multiplayer mode, so no one really gets affected if you rage-quit in Big Shot Boxing. Quit before you get counted out, or quit anytime before the final decision is handed out by the judges — it doesn’t matter, the game appears to allow it, at least for the meantime.

Of course, every tip about rage-quitting should be accompanied by a disclaimer of sorts — rage-quit at your own risk, and don’t do it right after a game is updated, as you’ll never know if the developers are nerfing the rage-quit mechanics with that update! And there are times when it may be better to take the loss or the draw for what it is — you get $2,000 for a loss and $3,000 for a draw, and that’s not too far off from the usual winner’s prize of $4,000. If you ask us, those aren’t bad consolation prizes at all!

2. Pay Attention To Your Coach’s Advice

From time to time, you will notice your coach giving you some advice on the fighters you should ideally be fighting next. More often than not, the guy is on the level, as he does offer some insight into the fighters and their fighting style. Use this information to your advantage, as you just might be getting warned about a fighter and his deadly knockout punch power, or warned that a certain fighter likes to dance around the ring and fight from outside!

3. You Can Actually Trap Everyone But The Top 2 Opponents Against The Ropes

Assuming you’ve got enough Power, and assuming your Chin and Health are both at solid levels or better, then it’s actually possible in Novice difficulty to bulldoze your way against all but the top three opponents, simply by placing your phone on a flat surface, then rapidly alternating the Jab and Uppercut button as you try to trap them in a corner, therefore allowing you to hit them with an Uppercut while they’ve got nowhere to go. This is a great way to pick up the easy win AND pick up the knockout (though as we said in the first guide, knockouts appear to be irrelevant), but only up to a certain extent.

Once you’re down to your last two opponents — Gerard Steele (Mike Tyson knockoff) and Ray Roberts Jr. (Floyd Mayweather), things suddenly change. At this point in the Novice difficulty, you’ll have to fight smarter, as these two guys can easily knock you out if you’re not careful. It may be a good idea to grind it out a bit (only as far as the grinding would go, however) if you’re a power-based fighter who needs to build up your Health and/or Chin; maybe you’ll even want to work on Recovery if it’s far behind the other three stats.

4. How To Win Your First Title

By this, we’re referring to the Novice Championship, which you should ideally be shooting for while your boxer is 31, 32, or 33. Trying to have him go for it while he’s 30 or younger could have him terribly unprepared, but 31-33 seems like a pretty good age range. So with that said, let’s take a look at how you can win your first title in the game, after working your way to the upper reaches of the rankings, winning all that prize money, and making all those upgrades.

The best thing to do, really, is to just fight smart. As we mentioned above, going toe-to-toe is no longer the best course of action, as the champ (presumably Gerard Steele) packs a lot of power in his punch, while having a lot of health points and solid recovery in between rounds. We’ve noticed that his chin in the game doesn’t seem to be THAT good (though far from bad), but don’t let a stun or a flash knockdown cause you to get overconfident. Your goal here is to win, and if you want to play it smart, you’ll want to beat the champ on points, unless he’s at a point where you’re somehow able to reduce his health to less than a quarter of the bar. (Even then, he can still surprise you with a knockdown!)

5. The Downside Of Aging

As we mentioned in our first Big Shot Boxing strategy guide, your boxer ages one year per three fights, so if he has a starting age of 25, he’s going to be 35 by the time he’s fought his 30th fight, and 40 by the time he’s fought his 45th. Your fighter should have no problem at all while he’s still young and able, but you wouldn’t want to reach a point where your fighter’s older than 35 but yet to win a championship. That’s because that’s when you will notice your fighter’s stats going down over time, a clear consequence of the fact that he’s getting up there in age. In the best interest of completing more achievements, you wouldn’t want to retire your fighter at 40, and it may even be better if he’s champ at that time, so you can tick off a couple achievements. But be warned that the aging mechanic does make your character fight similar to what you’d expect from someone his age, so if he’s long in the tooth, expect him to show his age in the ring.

6. How To Unlock More Fighters

This one’s actually quite easy — if you want to unlock more fighters, you’ll need to earn more Career Points. That means racking up more wins, regardless if they’re via decision or via KO; losses and draws don’t count here, but the good thing is that you don’t get docked either for losing to an AI opponent. The cheapest fighters here, aside from the three stock fighters that are available from the start of the game, will cost you 10 Career Points, but as their stats get better, they also get younger, with the cost in Career Points likewise increasing. Most fighters in the game can be unlocked simply by spending Career Points.

Aside from wins and Career Points as a basis for unlocking characters, some of the better fighters can only be unlocked if you’ve won a championship title. As we can see from the characters list, the boxers Roddy Savage (WWE Hall of Famer Roddy Piper) and Benny O’Connor (UFC Lightweight Champion Conor McGregor) will require that you first win a title in Novice difficulty. Meanwhile, the aforementioned Gerard Steele and Ray Roberts Jr. are both 19 years old (per their starting age), have great stats, with Steele being more of a power puncher and Roberts standing out for his health, chin, and especially his recovery, but will require you to first win a Pro title.

7. When Should You Unlock Your First Fighter?

In order to unlock a new fighter, you’ll first need to retire your previous fighter and end your current game. On one end, you can wait until you’ve racked up at least 25 wins (25 Career Points) so you can get some really good fighters for your next play-through, even if you haven’t yet made it as champ. But we don’t see anything wrong with buying a character who costs 15 Career Points or less and starting from the very beginning — you’ll always be getting someone younger and/or better regardless of when you unlock a new fighter!

8. What Does Quick Match Do?

Below the Career button you will see a second button that simply says Quick Match. This is where you want to go if you’re trying to try your hand at using different fighters — the game somehow randomizes your character and that of your opponent, so be prepared to control anyone at any time! But more importantly, Quick Match should be used as practice grounds for Career mode, as this is the perfect situation for you to try out new strategies without fear of adding a loss to your record!

9. Tips For Fighting In Pro Difficulty

When it comes to Pro difficulty in Big Shot Boxing, that’s where you may be better off waiting until you’ve saved up enough career points, and maybe even won a Novice title, so you can get some of the better characters available in the game. Having someone like Benny O’Connor or Roddy Savage available right away in Pro will give you a good edge over the opposition, especially in your first few fights!

Having a stat advantage means more than ever when you’re playing in Pro, and it will no longer be as easy as trapping your opponent against the ropes, unless you’re up against the biggest scrubs of them all. Early on, you’ll want to play it smart and fight for the win, while not paying attention/paying little attention to KO opportunities. Other than that, there’s nothing much that differentiates Pro from Novice, except that it’s harder. 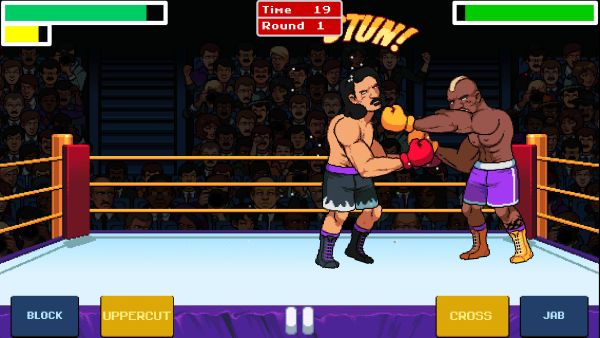 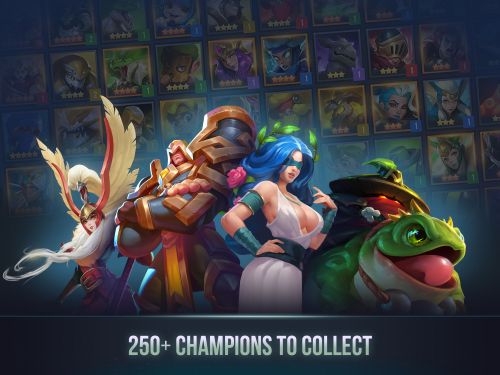