Have you ever wondered what secret treasures might lie hidden behind seemingly abandoned garage doors? If you have a profound interest in how auctions work and the mysteries associated with profit and loss, then look no further. Bid Wars Storage Auctions is the latest release from the gaming powerhouse of Taps Technologia da Informacao Ltd. The game is available to download and play for free on iOS devices from the Apple iTunes App Store as well as on Android devices from the Google Play Store.

The game comes in a reasonable package size of 111 MB and provides days and days of gameplay in that size along with downloadable challenges and online progress tracking which helps keep you glued to the screen of your smartphone for hours on end. The game receives regular love from the developers and they pay close attention to the suggestions and criticism from players striving to always maintain and increase the standard of this game.

Bid Wars Storage Auctions is one of the most unique games available both for Apple and Android operating devices. This is because players get to participate in the equivalent of a real life auction house and experience both the profits and losses that come along with it. In addition to providing an engaging auctioning platform, Bid Wars Storage Auctions also brings an element of constant challenge and competition into the game with computer controlled auction competitors besides you in every auction which helps motivate you to put all of your earnings on the line even if you go broke.

In order to be a successful and profitable auctioneer you need to give enough time to Bid Wars Storage Auctions in the starting few hours of the game so that you can easily go with the flow at the later stages where you will be participating in much harder and expensive auctions. Later on in the game after you have set up a huge system for your auction profitability and losses and as you progress to the higher levels of the game, you will have to spend much more time before making a decision with regards to the more expensive auctions.

The gameplay mechanics of Bid Wars Storage Auctions are fairly straightforward and the game is designed so it can be understood by players of almost all ages and backgrounds. Although it can be hard for young players to understand the technicalities of auction practices and how to make the most profits out of a seemingly impossible situation, Bid Wars Storage Auctions does a good job of taking things slow and steady until all players are able to grasp the concepts and tricks involved.

For those players who want to go even higher and make themselves famous among their friends and family, this guide provides the best tips and tricks to ensure that you perform even during the most difficult auctions.

Purchasing in game currency or the Gold Bars as they are referred to in Bid Wars Storage Auctions is also an alternative option for those players whose fingers and minds start hurting from thinking too much on the screen or if you think staying in front of the screen of your smartphone for too long might be detrimental to your health.

Therefore, if you are not a pay to play player, this guide includes the tips and tricks that you need to know on how to proceed with your upgrades in order to level up the fastest and follow the best path to becoming the Ultimate Bidder in Bid Wars Storage Auctions!

Bid Wars Storage Auctions is one of the few games available on both iOS and Android platforms which test your intelligence despite having a very simple and self-explanatory type of gameplay interface. The in game beginner’s tutorial is present just to give you an idea of the basic mechanics of the game and to familiarize you with the concepts of efficient bidding and auctioning. 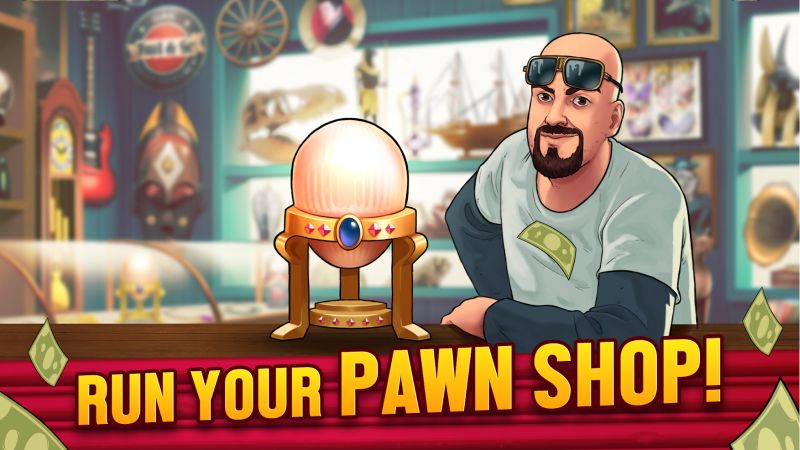 After progressing past a certain point in the game, the developers have made sure that you as a player get a real taste of how actual life auctions work and how difficult it can be at times to effectively control the bidding competition and to remember all the rules which govern the more advanced auctions.

While playing Bid Wars Storage Auctions, you always have to keep in mind that you are the only person responsible for making bids and ensuring that you are able to get the best deal for yourself and no one else can dictate the terms on which you should proceed with bidding policies in order to win an auction in the most profitable manner. You will have the veteran bidder Alice alongside you at the earlier levels to help you understand the process of bidding smartly but once you have proceeded to the higher and pricier auctions, you will be all on your own.

Due to this you always have to remain careful not to go completely broke on a whim that a certain collection of items might be worth more than meets the eye. Although this is a probable case scenario and you might actually be able to double your profits by betting on disguised boxes but the risk of losing all your cash against that gain is too big. Therefore always try to go for those sensible bids in which you have a respectable volume of cash remaining even if you break even with the bidding cost. This will allow you to keep participating in bids even if you do lose a significant amount of cash in the process.

2. The Price Estimator Is Your Best Friend

By default, you are given a quick 5 seconds at the start of each auction during which you can quickly use the price estimator to get a round off total for how much the stuff in that garage is worth. This is a very handy tool to have if you know how to operate it correctly. The price estimator should never be used to make a final decision in the bidding process but it is really helpful to determine exactly how much you will be able to risk on the line before you go broke.

The trick to using the price estimator is to use it on only those items which appear very expensive to you. For example if you see a garage collection with a TV, a Fridge and an ancient sparkling Dinosaur fossil, you would obviously check the price of the dinosaur fossil first because that should be the most expensive item in the garage. By checking the price of the most expensive looking item you just saved two seconds which you can use to think about the bidding plan going forward.

3. Assume Command With The Overrule Perk

This allows you to get the upper hand during any auction when the bid is about to end. Even if you do not have the cash to proceed further you can use this perk to overrule the last bid and win the auction. Be warned however that a competitive bidder at the higher difficulty auctions might be able to bid even higher and negate your use of the overrule perk. 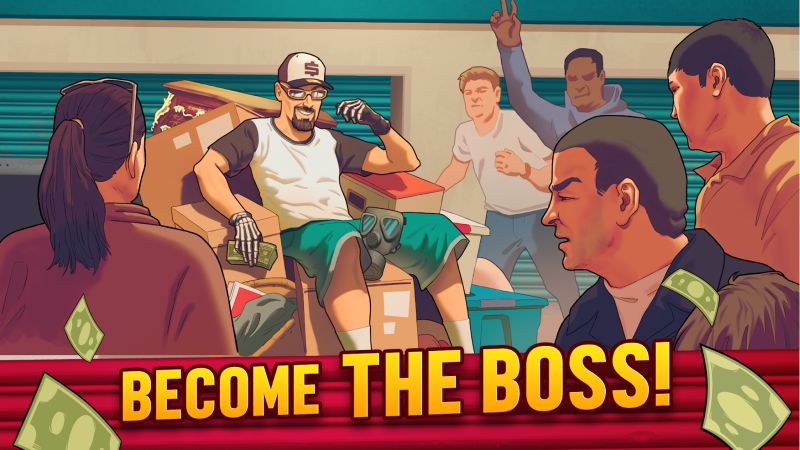 You can judge which competitor will give you the toughest time by reading the comments that they pass before the auction starts. Once you determine the bidder that is most confident or haughty, you should wait till the end and keep the overrule perk in your pocket until he bids at the last. You can then use the perk at the last second and surprise the pride out of him or her.

4. Super Vision With The X-Ray Scanner

Next on the list, you have the X-Ray Scanner as a perk that you can use to gain the upper hand in some situations. Usually, you will not be really using this perk because of the limited advantage that it provides you with. In some garage collections you will find lots of stuff hidden behind other large objects. This can make it difficult for you to decide with regards to the bidding process and the X-Ray Scanner comes to your rescue at this point.

Using the scanner, objects in the front will become transparent for you and you can easily see which objects lie behind them. This is all that the scanner is able to do though so it just provides an additional perspective and will not actually help you win the bid.

5. Be The Ultimate Boss Of Auctions

The most powerful perk available to you is the kicking feature which allows you to remove a bidder from the competition all together. You can only use this perk once per an auction and this limitation is in place for good reason because using the kicking perk, you can completely eliminate the competition during a bid if you choose the correct person to use it on. 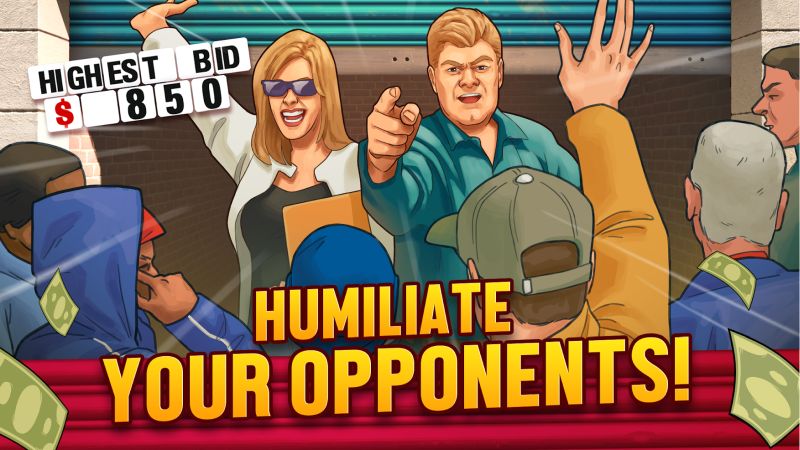 For example, whenever you see that a bid will surely be won by an extremely rich bidder, you can remove that person at the start of the auction. This purely depends on your deductive abilities and how good you can judge people for their purchasing power.

So go out into the huge world of auctions and prove yourself as the greatest bidder that ever lived!

Have bought 2 motorcycles and they disappeared. Where did they go

I like to know about league details can anyone explain me how it works ?

How do you increase the number of items you can take back to your store.. the vehicle only fits 3 and I don't see how to upgrade

Yes!! I’m wondering the same thing!!? Been looking for weeks on how to fit more items into the van after the auction?

Guys this is Hindusthani . just got to ask a question. if i am all out of perks then what are my chances of profit and loss during the auction ?

Not true at all... I don't pay to play and I have huge success against the bots. You just have to get good at estimating total value and watching the algorithms of how they bet. also watch the increases, for example between 2000 and 4000 only creases by 200... But if you can bid on the 4000, most of the time the bots will not bit up to The 4400 Market because it's a bigger jump. That of course depends on the value of the items I've had some go all the way up to 12 or 14 thousand. either way. You do not have to pay to play at all, it's still a very fun game without spending money.

Nill, if you don't have perks you can't profit. The ai bid themselves in to loss 99% of the time without you even touching the screen. After Malibu it's strictly a pay to play game. I'm in the world championship league and the scores there are all bought.