Batman: Arkham Underworld is Warner Bros’ new game for iPhone and iPad (sorry, no Android version yet!), and contrary to what you may expect from the title, you won’t be playing as Batman, but as one of the criminal masterminds he fights off in the comics, cartoons, and movies. In this game, you will be recruiting DC Comics supervillains, having them “do your dirty work,” training thugs to attack your rivals, and growing your criminal empire as you earn more loot and more respect. Your goal is essentially to become Gotham City’s most devious criminal mastermind, also creating your own hideout “full of traps, security forces, and hidden dangers” that will help you defend yourself against rival crime lords.

In terms of the game’s mechanics, this is a MMORPG with city-building elements not unlike Clash of Clans. But instead of commanding heroic and virtuous warriors in a fantasy setting, you’ll be commanding DC supervillains in Batman’s territory of Gotham City, and competing with other human-controlled players with similarly dastardly plans. So read on as we now bring you our Batman: Gotham Underworld strategy guide for first-time players – every crime lord has to start at the bottom, and it’s our hope that we can help you get to the top faster than most.

Most RPGs and similar titles call them quests, but Warner Bros calls them “headlines” – these are like the quests you see in RPGs and other mobile titles, as these are tasks you have to do or objectives you have to accomplish, all in order to progress further in the game and make sure you’re up to speed on the essentials. Simply complete each headline, collect your rewards, and complete each headline through all three levels so you can max out the rewards. These rewards always include diamonds, which are the game’s premium currency, so complete as many headlines as possible!

Your supervillain is the only character you directly control – doesn’t matter if it’s the Joker, the Riddler, Harley Quinn, or any other prominent bad guy in the DC universe. Your thugs, on the other hand, are like your creeps, your minions, underlings whose main purpose is to provide backup. But you don’t want to neglect them, and you don’t want your supervillain to fall too far behind. That would require moving your supervillain after they complete an order, and giving them a new position or a new target.

3. Some Supervillains Are Better Suited Than Others For Certain Jobs

While the common thread among supervillains is that they should be the one leading the way and captaining your team of thugs, you should also remember that there are some supervillains that would work better in one job than others would. For example, you may encounter supervillains who are tank-type characters, meaning those who may not always be good in dealing out damage, but are great in soaking up damage thanks to their high hit points/health. They may also have certain abilities that reduce the damage they take in, such as the Riddler, who has the Holograms ability. That allows him to create clones of himself, who merely serve as decoys – they won’t deal out actual damage, but are there to throw off opponents by taking damage on his behalf.

4. Make Good Use Of Your Supervillain’s Active Ability

Speaking of abilities, all of the game’s supervillains have specific active abilities which they can use at any point in the game as their most powerful, game-changing ability. Using the example above, Riddler uses Question Arc, which is a powerful blast of electricity. And to use another example, Harley Quinn has Jack of Hearts, which lets her inflict damage on nearby enemies with a self-destructing sentry gun (in the disguise of a present).

Generally speaking, active abilities have cool-down times of about 15 seconds, which should allow you to use them quite frequently to your advantage.

Skill points, quite naturally, are used to make your supervillains better by teaching them new skills. They are earned through the experience they gain from missions, and once they’ve got enough EXP, that will allow them to level up and get one skill point as a bonus. Make sure you’re choosing the right skill for your supervillains, because you’ll have to pay ten diamonds if you change your mind and decide to reallocate those skill points.

6. The Benefit Of Luxury Items

Why should you buy luxury items for your hideout? For starters, they can add to your Respect Points, which could then allow you to purchase better thugs and other perks. But they can also serve as useful cover in case somebody tries to raid your base. Place those luxury items (furniture, etc.) in various parts of your hideout, so that your positioned thugs can hide behind them and last longer in the event of a raid. 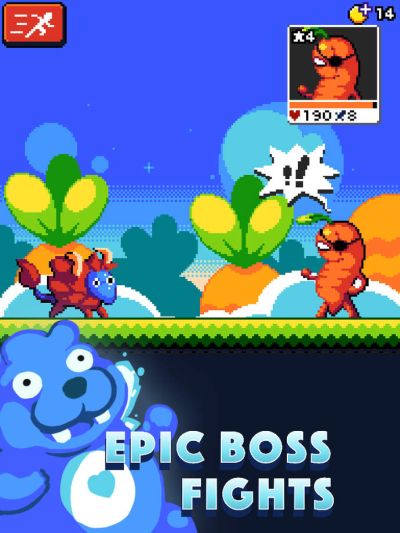