Looking for the “perfect time killer,” meaning a casual game that will leave you hooked, regardless of whether you’re a hardcore mobile gamer or not? You might as well download French developer Voodoo’s new game, Ball’s Journey, which is available for Android and iOS devices. While Voodoo has other exciting titles in the same vein such as Sloper, Bounce Forever, Donuts Drift, and several others, this one is similarly simple, with the basic premise of launching balls out of a cannon and going as far as possible, blasting objects along the way and bouncing off the ground, the top of buildings, and other surfaces. You can upgrade your cannon along the way with the coins that you earn (though you’ll soon learn that it’s not actually the cannon you’re upgrading), though at the end of the day, it’s all about choosing the right angle, and knowing the physics of the game.

It might seem as if there’s not much to this game, being that it has simple, endless-play mechanics, with every environment the same regardless of how many times you play. (Getting one potential tip out of the way, there are no “procedurally generated levels” in this game.) But we think such a game deserves a lot of pointers, and we’ve got all that in this list of Ball’s Journey tips and tricks. Read on if you’re trying to beat your old high score, or trying to go a further distance by angling your shots and bounces in the best way possible — we’ve covered those areas and then some in this guide!

1. Aim For A Perfect Shot

If you want to get the most out of both balls from the very start of your run in Ball’s Journey, you have to go for that perfect shot. The cannon will go up and down continuously, and what you want to aim for here is to shoot the cannon right when the white arrow matches up with the yellow line. A shot within the green line should be fine, but shooting within the white spaces will result in a terribly underachieving shot that won’t do you any favors, regardless of which ball’s trajectory you’re thinking of. If you’re especially close to a milestone score, you might as well quit your ongoing game by closing the app, and try again and go for a perfect shot once again. There’s no competition here from human opponents, so rage-quitting is perfectly fine!

When you first play Ball’s Journey, you may think that the bigger ball, the one you launch with the cannon, is the “star” of the game. On the contrary — it’s actually the smaller ball that is, by far, the more important one in the game. The smaller ball, in a way, controls the bigger one after you launch it, and you should pay close attention to the bar on the left side of your screen, as that allows the smaller ball to bounce downwards. What you want to do here is to aim for angled shots, or to blow up items from the top, that would allow that smaller ball to travel farther. If you have enough momentum, hitting a tree or a house or a building will cause it to blow up, giving you extra cash. Conversely, you need to avoid bouncing the ball in a poorly-angled way that would compromise its bounce, its momentum, and its trajectory. Bouncing the smaller ball on the ground with too much power will end your run almost instantly, while narrowly angled shots, and shots that end up hitting an object from the side will shorten its path and also end your run, albeit a few to several seconds later.

3. Avoid Bouncing The Smaller Ball On Areas That Bank To The Left

4. How Does The Bar On The Left Side Work?

As we mentioned a couple of tips above, it’s the smaller, typically burning ball that does most of the work. And you’ll need to manipulate that bar in order to bounce the ball the right way — think of it as the smaller ball’s “juice,” where you get to bounce the ball harder if you use more of it, while opting for a softer bounce if you use less. The key to scoring a lot of points and earning a lot of coins in a run is to know how to manipulate the bar. If you’re trying to target a tree and trying to take it out by hitting it on top, use a lot of the white bar. A softer bounce works if you’re trying to simply bounce the ball off the top of a building; buildings can be blown up from the side, but not from the top. It gets trickier when trying to bounce the ball off a grass surface. Use too little from the left side power bar and you’ll lose most of your momentum. Use too much and your run will end as the ball essentially buries itself in the grass, stopping its motion entirely. It takes practice, but when in doubt, it’s best to keep the momentum going by blowing up a tree or bouncing the ball off a building.

5. What Upgrades Should You Be Prioritizing?

By now, you should know that the larger ball is a decoy of sorts — you think it’s the ball you should be focusing on, since you’re launching it out of a cannon, but it’s the tiny ball and the left side bar that you should pay attention to. As such, you’re essentially improving the smaller ball when you spend your money on upgrades. (Even if the game says that this allows you to “unlock [an] even better cannon.”) There are four stats which you can upgrade, and we’ll be breaking them down for you below.

Power affects the ability of the ball to destroy stuff — as it’s a burning ball, it can take out entire buildings despite its small size, and you’ll need power for that. Bounciness is self-explanatory — this refers to how high and how far your ball can bounce. Air Speed refers to how fast your smaller ball flies in the air after the larger one is launched out of the cannon. Finally, Offline Earnings refers to the amount of cash you can win while you’re away from the game. This may not be an idle game, but Ball’s Journey does allow you to earn some in-game currency for pretty much doing nothing and taking a rest from the game.

As for prioritizing each upgrade, we believe that Air Speed is the most important, followed by Bounciness (this helps when you’re trying to bounce off the ground or the top of a building), followed by Power. Offline Earnings should be last on your priority list, as you’ll earn a decent amount of coins, even if you’re away from the game for only an hour. Keep in mind that upgrades become progressively more expensive as you go along, so you’ll need to complete more and more runs if you want to grind for some cash to pay for some of the later upgrades!

6. Reach The Scoring Milestones For A Ton Of Cash

There isn’t really any competition in Ball’s Journey, as far as this game’s version is concerned. You are your only opponent, which means there’s nothing to do here except beat your high score time and time again, and to keep on grinding for cash. But you can also earn extra money if you reach certain scoring milestones — at first, it won’t be too hard to pull off, but eventually, you’ll have to score in the thousands (2,000, 3,000, 4,000, and so on) in order to get a ton of bonus cash. As far as we’ve seen, this is the only currency reward where you cannot watch ads to increase your earnings, but as we’ll be telling you below, you won’t have any shortage of ad-viewing opportunities in this game.

While this is a game where grinding is very much encouraged, it is also one that doesn’t hesitate to offer chances for you to earn even more in-game currency. After each run, you will be asked if you want to watch an ad video to double your earnings from the run; you too will get prompted to watch an ad (if you choose) while collecting your offline earnings. We recommend watching these 30-second clips, because you won’t just be helping the developer but also doubling your earnings easily, without having to do anything else.

8. Play Offline Or Buy The Ad-Free Version If The Ads Are Annoying You

Of course, not all ads may be welcome for everyone who plays Ball’s Journey. We’ve noticed that ads pop up after each run, and while you can exit out of them after about 10 seconds, we can’t blame you if you’re one of those players who can’t stand random game plugs showing up after each time your run ends. If you’re this type of player, you have the option to play offline, or better yet, you can pay $3 or its equivalent in local currency to get the game’s ad-free version.

9. Blowing Up The Airplane Doesn’t Seem To Have Any Unique Effect

Well, it does have the effect of offering you a cool visual, but if you’ve been wondering about the airplane that shows up once you’ve reached the 4,000-point mark, it doesn’t seem to affect your smaller ball’s trajectory in a negative way. In fact, it does seem to add to its momentum. But as far as bonus money is concerned, it won’t do anything for your cash earnings, like blowing up trees and buildings would give you a small bonus. So don’t worry about the airplane, but don’t expect anything groundbreaking either when it comes to gameplay.

Last, but not the least, here’s something we often advise those who take part in casual games such as this. It can be very easy to get frustrated after going through a rough patch of substandard runs, and this could affect subsequent games, where your performance only seems to get worse as you progress forward. In such situations, the best thing to do is to put the game down for a while and recharge your batteries. But take note of what we had told you a few tips earlier, as added incentive for you to take a rest and not let the game get you down too much — the game allows you to earn in-game currency offline, so you won’t just be returning to Ball’s Journey with your mind cleared up and your nerves relaxed. You’ll also be returning with some extra cash, which you can then use to upgrade the smaller ball, propelling you to greater distances and more milestones accomplished, which, of course, means even more money to spend! There really isn’t any downside to taking a rest in order to regroup after a series of lackluster performances.

That’s all you need to know to improve your high score in Voodoo’s new mobile game Ball’s Journey! If you know any other hints for the game, don’t hesitate to let us know in the comment section below! 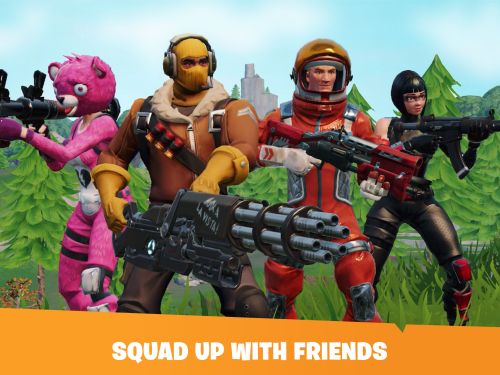 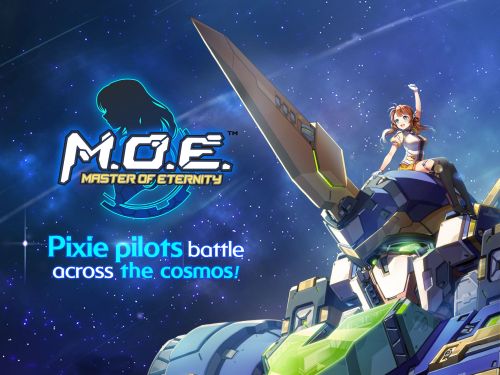