Ball Mayhem is French mobile developer Voodoo’s latest addictive game that’s out now on iOS and Android platforms. The game is based on American Football, but the rules have been simplified in order to stay true to the developer’s brand of casual, bite-sized fun. In Ball Mayhem you are playing as part of a football team. It starts off with a dead ball where both teams get three of their players to scramble for the ball. When your team takes possession of the ball, your goal is to take it all the way to the end zone. In this article we will share some pretty cool Ball Mayhem cheats, tips and tricks, so make sure you read on!

Of course, if the opposing team grabs the ball, you will have to tackle them to the ground and take the ball for yourself. There are no assigned positions in this game. Your character’s role changes depending on who is holding the ball. If you find yourself struggling to score touchdowns, just use our Ball Mayhem cheats, tips and tricks below! 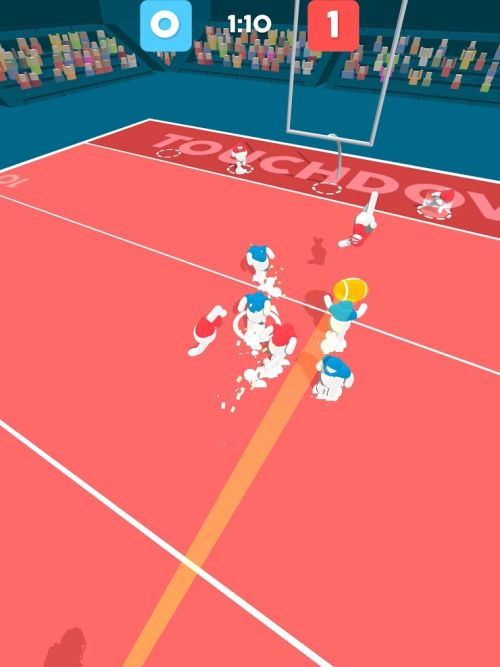 As we mentioned above, your character’s role changes depending on who is holding the ball. If you have the ball, your job is to take it to the end zone by whatever means necessary. Unfortunately, you will not be able to run plays or pass in this game. You will have to run to the goal line yourself. If a teammate gets the ball instead, your job is to defend him no matter what. That means pushing opposing players out of the way and blocking them to ensure your teammate does not get tackled. Finally, if the opponent gets the ball, your job is to ram into them as hard as you can in order to steal the ball.

When you have the ball, you will need to move quickly, but never in a straight line. Make sure you include sudden side movements, and even the occasional backstep, in order to find a clear path towards the goal line. Do not bother trying to go head to head with another player while the ball is in your hands as you will most likely end up losing it.

You may also want to aim for the corners instead of the center of the goal line. Doing so will make it easier to avoid the opposing players. Don’t worry because there are no kicks at the goal after a touchdown, so it does not matter where you end up as long as you make it to the end of the field.

Do not fret if you lose the ball as it can have its own benefits. It is highly unlikely that you will make it to the goal in a single run anyway. The good news is that your character actually moves faster when you don’t have the ball with you. Use this added mobility to find a strategic position before trying to get the ball back.

4. Never Go Out Of Bounds 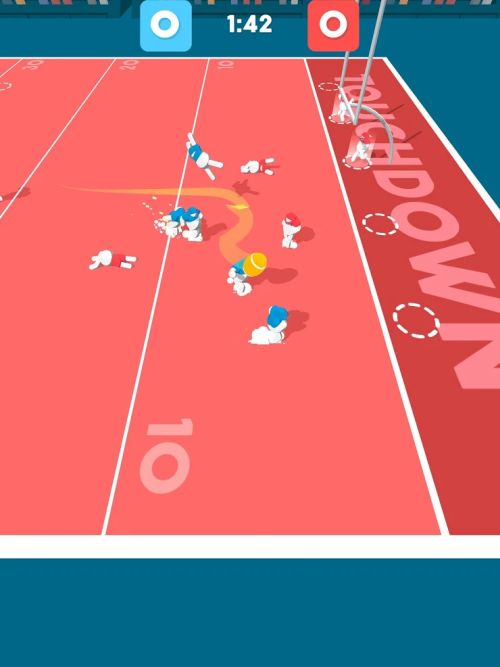 One thing you should keep in mind is that the game will keep going even if you go out of bounds. What’s worse is that you will automatically drop the ball on the ground when you leave the field, making it easy for your opponents to pick it up. Pay close attention to where you are headed when you have the ball to avoid losing it on a silly mistake. Of course, if you don’t have the ball, you are free to go out of bounds as much as you want.

Ball Mayhem offers a lot of customization options. You can change the uniforms, the ball, the goals, and the plays. You can even unlock funny little dance moves that your characters will perform when they score a touchdown. Individual player styles can be purchased at 200 diamonds apiece. The rest of the customization options, however, will have to be unlocked by accomplishing different tasks. We have listed them all below to help you gain access to all of the customizations available.

American football is not an easy sport to play, but with the help of our Ball Mayhem cheats, tips and hints, you will be scoring touchdowns like a pro! If you have anything to add, feel free to drop us a line in the comments!

Played 30 games and won them all but it shows me losing 2 games. Only had 1 score against me so not sure how my tally says I lost 2 games.... glitch!

Same problem.. I want the guy in the suit.

Tks. it's helpful. I had it from apknite and have been addicted to it. Love this type of games