There’s no two ways about it — it’s very hard to get unhooked from Animal Crossing: Pocket Camp. Nintendo’s new iOS and Android game may seem casual at first, but you’ll soon find out that there’s so much more to camping than being a camp leader, as you’ll be dealing with a wide range of animals, as well as the furniture, amenities, and other items they may request in order to do business with you. You’ll have to manage your friendships as they’re made in the game, while making sure you’re crafting enough of the right kind of item, and also making sure that you always have your resources well taken care of, meaning having enough crafting materials for any and all occasions.

This is a very deep game that, as you can see, has inspired several guides, with more to follow in the coming days. What else would you expect from a game released by Nintendo, which has been a mainstay of the video game space for several decades? That said, our next Animal Crossing: Pocket Camp strategy guide will focus on two things — Leaf Tickets, as well as the fish, bugs, and fruit/shell types you will encounter in the game. We’re going to revisit the topic of Leaf Tickets and show you some ways to get more, while also offering you some advice on how to deal with bugs, fish, fruit, and shells, especially the rarer examples of such that may be helpful in the later stages of the game.

1. How To Earn Free Leaf Tickets

In the beginning, you shouldn’t have much difficulty earning Leaf Tickets for free. Leveling up will be fast and easy, and you will earn your share of Leaf Tickets each time you level up. Likewise, you should still have more than enough Stretch Goals, and you’ll also be asked early on if you want to link your game to your MyNintendo account, which you should. (And if you don’t have one, you might as well sign up!) But things will get hard as you progress onward. You won’t be given new Stretch Goals to complete, and once you get past level 15, leveling up will become much slower. You will need to be patient once you reach that point in the game, but we’re hopeful Nintendo will give Pocket Camp players more chances to earn Leaf Tickets by adding new Stretch Goals in future updates. Either way, you’re looking at about 500 to 600 Leaf Tickets or more if you complete all the ticket-earning tasks before things get difficult.

2. How Not To Spend Your Leaf Tickets

You’ve got your Leaf Tickets, so how do you spend them? For one, you should ostensibly have a lot to buy with the 500 to 600 tickets that we mentioned in the above tip. But if you also consider the premium costs of certain furniture items, such as 250 Leaf Tickets for crafting chairs that could attract Tom Nook or K.K. Slider, or the 150 Leaf Tickets for creating special designs for your camper, all those tickets might not be enough after all. Well, the game does allow players to spend Leaf Tickets to speed up crafting or to acquire materials that are currently in shortage. We would generally recommend against doing this, unless you’re flush with Leaf Tickets, and we don’t just mean a few hundreds here. It’s never a good idea to spend premium currency on luxuries like speed-ups, so save your Leaf Tickets instead of paying to speed up crafting.

3. How To Spend Your Leaf Tickets

Now that you know about some of the pitfalls of using Leaf Tickets, we might as well get to the part where we tell you the things you could spend your tickets on.

First of all, you’ll want to save up your tickets for a second crafting slot. There’s little surprise as to why this is such an important thing to have in Animal Crossing: Pocket Camp. At the start of the game, you’ll have one crafting slot, and while that may sound like more than enough, there will be times when you’ll have to wait several hours before an item is fully crafted. That makes it important to have a second slot at some point in the game, and the best way to get that second slot is to pay some Leaf Tickets for it. You can also use Leaf Tickets to get a third crafting slot, but you should be good with two, with three being a little too much.

Earlier, we told you that spending Leaf Tickets to add to your supplies of certain materials is possible. It’s a good thing to do in a pinch, but to clarify what we had said earlier, we should be clear and say that you shouldn’t pay tickets to supplement common materials once supplies run low. Instead, you should save those tickets for the rarer materials. Essences and other rare materials could become harder to find than they already are once you reach the late stages of the game. So with that in mind, we think it’s a smart move to save your Leaf Tickets in case you need to get more of certain materials without having to wait for them to arrive — just a warning, this process may often cost at least 100 tickets, or even much more than that, depending on how short you are of any given material.

Lastly, you can use your Leaf Tickets to buy more inventory space. It might not sound like a good idea for everyone, and to be honest, this isn’t a game-changing move or anything. But bear in mind that you only need to pay 20 Leaf Tickets for each five spaces you need to clean and clear out.

4. How To Deal With Rarer Bugs And Fish In The Game

You may have observed that while fishing for Squid and Pale Chubs, there are certain fish such as Red Snappers, Black Bass, or Rainbow Trout that you may encounter. What’s to do if you find yourself in such a situation and have just reeled in a big and rare catch?

Well, the first thing to remember is that some fish catches are rarer than others. Some of the fishes we mentioned above are merely “uncommon,” but aren’t necessarily filed under the ‘rare” category. That means you can hold on to them for as long as possible, but also don’t need to feel too bad if you need to sell one of them. It’s the Tuna that appear to be among the rarer fish in Pocket Camp, though the surefire way to determine a creature’s rarity is to pay attention to the ones that the game specifically says are rare.

When it comes to handling rare fish and other animals is to wait until you’re in the middle stages of the game and beyond. Animals that have reached level 10 or so will become more finicky and demanding, and that means they will likely ask for uncommon or rare fish and bugs. They will also pay you more, oftentimes to the tune of 1,000 Bells, with the full market price negating any crafting and camper expenses you have to pay. Hold on to any uncommon (but not rare) fish you may have, but sell extra fish or creatures if you have to. Lastly, hang on for as long as you could to any rare finds, for the very same reason you don’t see them everyday.

5. Certain Fruit Types And Shells Should Also Be Retained

If you have only one tree corresponding to a certain fruit, your best choice is to hang on to the fruit. That’s going to be the case 50 percent of the time, as the game includes six different fruit types, with three of them only having one tree. As all trees in the game will take about three hours to grow three new pieces, you’ll want to stock up and to play the time management game smartly. And as a bonus tip, it is possible to shake fruit off trees and just leave it on the ground to pick up at a later time. The good thing here is that fruit never spoils or times out, so if you want to save some time, it is possible to have three pieces of fruit on the tree, and another three on the ground.

Talking about shells, these are randomly deposited on the beach at random times of the day. It won’t be easy to farm them, but if you get the chance, don’t hesitate to add them to your inventory so you always have enough supplies.

6. Placing Rare Stuff In The Market Box Isn’t Worth It

We would have included this tip earlier as a “pro-tip” addendum, but we feel this one should stand alone, as it applies to rare critters, rare fish, or anything that you’d want to hold onto in Pocket Camp. While the game will let you place these items in your Market Box, so you can sell them later on for their full suggested price, this wouldn’t do you much good at the end of the day. That’s because your friends will be the only ones who can buy items you place in the Market Box, so unless you know someone who does pay full price without thinking of the alternatives, you’re better off holding on to the items instead of allowing them to sit in the Market Box with no purpose whatsoever. 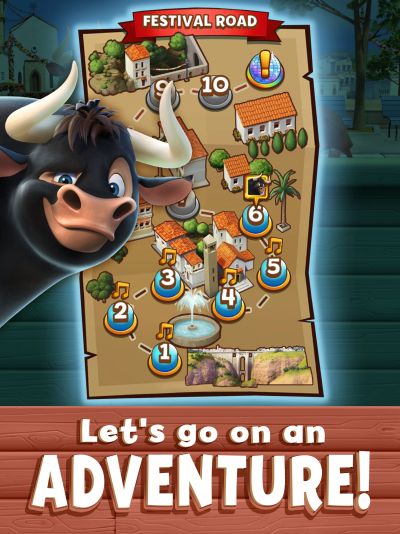 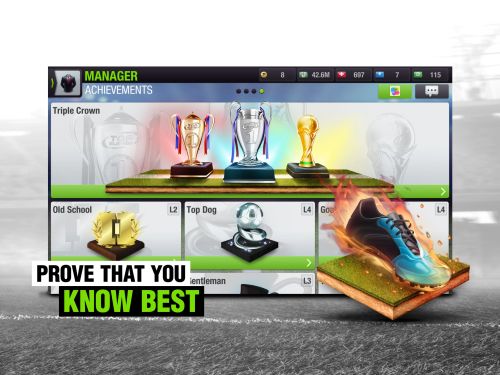