AbyssRium is a new game from Cheetah Games, a title “that helps relax your nerve(s).” This is an aquarium-based title where you can create your own fish and “make the aquarium belong to you” as you level up your stone, build coral to improve your fishes’ vitality, and use the vitality to create those fish. The controls in this game are quite simple – Cheetah claims one-tap control – and you also get some nice graphics and music, as well as VR support. If you own a Google Cardboard, you can use it to view your aquarium in virtual reality mode, as you see small fish swimming “overhead and right before your eyes.”

This may be a relaxing game, but you’ll still want to make the most out of your playing experience. You’ll still want to create more fish and come up with an impressive aquarium. So if you want to do all that and then some, then check out our AbyssRium strategy guide. We’ll be covering various topics here, so refer to our tips if there’s anything in the game you can’t quite figure out. We’ve also got a list of ALL the hidden fish in the game, as well as the things you need to do to unlock and collect them.

1. There Are Clicker Mechanics In This Game

Although AbyssRium is said to be a relaxing game, it also has some clicker mechanics. And we didn’t mention that in the overview because it deserves a tip of its own. Those one-touch controls kick in as you tap on the screen to earn more vitality. But you shouldn’t just use one finger; we suggest using two, three, or even four or five fingers, or as many fingers can fit on your phone or tablet’s screen. (Theoretically speaking, you can even use ten fingers if you’re playing on an iPad or any other large tablet!) All those taps will be registered, and that’s going to earn you a ton of vitality in the process.

When it comes to upgrades in this game, may it be for the stone or for the coral, the magic number is 25. Once you reach a multiple of 25, you can collect a bonus for whatever you’re currently upgrading to that level. That bonus is an x2 multiplier for your vitality, so remember that “magic number” and collect the bonuses so you can literally double down on the vitality you add to your current total.

3. How To Earn More Gems

Gems are AbyssRium’s premium currency, and here’s how you can earn more of them. If you see a treasure chest floating, then tap on it immediately so you can pull up an ad video. Each video watched will earn you 30 gems apiece, so that’s a lot of gems for just one video; keep watching as many as possible so you can stock up on that premium currency. You can also earn gems by completing in-game achievements, or by tapping on the trophy button if you see an exclamation point beside it.

4. About The Magic Shop

The Magic Shop is another place where you can watch videos to earn free gems. The amount of gems you’ll earn is substantially less – it’s ten gems per video in the shop – but premium currency is premium currency when it’s being given away for free. There are video ads as well that allow you to earn free vitality every half-hour or so, with the amount of free vitality depending on the upgrade level of your stone and coral. Now what can you spend your gems on? What’s in it for you if you buy items at the Magic Shop?

For one, the shop sells a variety of vitality boosts, with more expensive boosts meaning more improvements to your vitality. That’s just one example, but then again, vitality is the main resource in this game, and those gem purchases could really help you earn more of it as you keep playing and tapping in AbyssRium.

5. A Quick Primer On The Hidden Fish

We’re going to be talking in-depth about hidden fish in a moment, and you better believe there are tons of them in this game. You may have to do some unusual or difficult things to collect these hidden fish, and sometimes they may be downright wacky. For instance, there’s one fish that would require your hitting the Twitter button five straight times. That’s going to unlock a new fish, though we would normally think of five taps on the Twitter button as something unnecessary.

Before we get to the list of hidden fish, we’ve got some quick reminders for you with regards to the process of unlocking the fish. After performing the required action, you’ll still need to go to the fish store to buy the fish, much like the process of buying the standard, common fish. So take note of the list below, as well as the actions that you need to perform to make them available at the fish store.

Although the list below is complete for the moment, there are also some hidden fish that may become available during special events. We’re not sure if there will be one for Thanksgiving or Christmas, but there just might!

Commerson Dolphin – Save picture of Lonely Corallite or Dolphin thrice

Convict Tang – Leave the game open for one hour straight, but don’t do anything

Jewel Damsel – Tap the upper left corner of the screen a thousand times (be prepared for a workout here!)

Juvenile Spotted Boxfish – Open the game from the “This is the time to get hidden fish” push notification. Take note that there’s only a slim chance if you don’t play the game for two hours.

Mahi Mahi – Play the game ten times exactly at midnight; changing the time settings on your device should work for this.

Narwhal – Repeatedly tap on the top left corner; this may take thousands of taps!

Queen Angel: Take the Fragile Staghorn Coral up to level 3,000

Snowflake Clownfish – As we had hinted at above, this is the fish where you have to tap on the Twitter button five times.

Striped Marlin – Take a picture when the fish visits – that’s a 10 percent chance per 30 minutes.

Whale Shark – Start the game upon getting a notification. Again, there’s a 10 percent chance of unlocking if you don’t play for two hours. 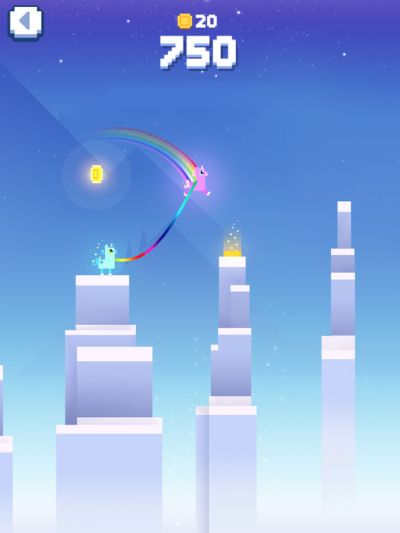 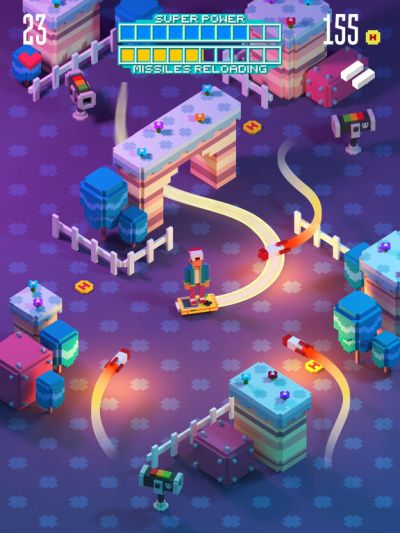 Next
Twisty Board Tips, Tricks & Cheats: How to Unlock More Characters
Click here to cancel reply.

I have 16 normal tangs and 14 fused tangs and it won't award me the Naso tang :(