Tap Busters is an iOS idle clicker game that should be coming to Android soon, and if you’re wondering what you can expect from this new title from Game Alliance, this is a game where you will go deep into the Universe and save it from the forces of evil — creepy monsters, weird aliens, freaky crocodiles, and a variety of other bad guys that the game’s makers “dare not name here” on the description. And in order for you to do this, you’ll need your share of powerful weapons, sturdy armor, and powerful minions — in RPG parlance, Game Alliance would be referring to “pets.” This isn’t your ordinary idle clicker RPG either, as the game’s sci-fi universe was created by one of the 200 top illustrators worldwide, at least according to the folks from Lurzer Archive magazine.

As you can see, there’s more to this game than what you can normally expect from idle clicker titles. But you don’t need to let all that daunt you, as we’ve come up with some tips and tricks that should guide you in the key aspects of the game. Read on, and be sure to check out our advice for new and old players alike, in this all-new Tap Busters strategy guide!

1. Use Your Gems Wisely And Make Sure They’re Upgraded

In Tap Busters, gems are very important, and we cannot stress that enough. You can use gems to imbue your weapons, armor, or even your minions, and while that makes them more powerful, there’s more to it than just that. You need to do your share of analyzing in order to get the most out of your gems, and here’s how you can do all this.

First of all, you need to take nine gems, and upgrade them as far as possible, as you’re only allowed three slots and three places when equipping them on your items or minions. But why nine? That’s because there are stages where an elemental alignment, or affinity, will get a bonus, which means you’ll need to have some gems in backup in case you need to get that elemental advantage. You can shuffle gems in and out and equip and unequip them freely, so there’s really nothing to it.

It’s also advised that you upgrade these nine gems as often as you could. And once you’ve got three gems of one type, you can fuse them, transforming them into a singular gem that could give you even bigger bonuses.

Tap Busters has two colors of gems — you’ve got your purple gems, which are Power Gems, or the gems that could help you on the offensive end, and Special Gems, which are the light blue ones that serve a more defensive purpose. If you’re familiar with how we roll, you’ll be right in guessing that we’d put slightly more of a premium on the Special Gems, but whatever the case is, the general rule would be to equip your weapons first, followed by your armor, and finally your minions.

3. Upgrade All The Items

Unfortunately, the upgrades in this game can cost a ton of currency, but it’s still important that you proceed with them. And that goes as well for the items you don’t use too often, as every upgrade you perform grants you Skill Points, which you can then use to unlock different kinds of boosts. Boosts are then categorized into three, though the best suggestion here would be to work your way from one boost to another, instead of focusing on one boost alone and using that to max out a skill. We would suggest allotting skill points to Tap Damage before anything else, followed by Life, then Minion.

4. Familiarize Yourself With All The Items

Sometimes, looks can be deceiving. You may encounter a weapon whose base damage is less than that of another. But if you look closer at that first weapon, you may realize that it’s the more useful one after all. This is usually because of the affinity system in the game — some areas could earn you bonuses for a given affinity, and you’ll be able to see this right away. Just look at any piece of equipment in the menu, and if you notice that it’s green, that means they’re benefiting from a bonus. This isn’t just the case with weapons, but with all items as well — sometimes, there may be ostensibly weaker items that actually turn out to be stronger.

Bear in mind as well that all of the items in this game can be leveled up, and that each item unlocks a bonus at levels 4, 8, and 12. Some of the bonuses you can get are filed under the Permanent category, which, of course, means that the bonus will always be in force, even if you don’t have the item equipped. Look for those permanent upgrades, as these could have a powerful effect on your stats.

5. How Can You Earn More Coins?

The Rugg Mugg minion is just one example of this — there are some items or pets in the game that could help you earn more money by beating monsters. You’ll need those extra coins at many a point in the game, so you should always make sure that the above-mentioned items are equipped most of the time. And if you need additional damage or other buffs or bonuses, you should activate them before you log out of the game or quit it — this may be an RPG in many, many ways, but it is also an idle clicker, where you can earn a lot of money while offline if you play your cards right.

6. Take Part In The Arena

Unlike most other idle clickers, Tap Busters has an arena feature, and since arena means multiplayer, and multiplayer means more fun, you should not hesitate to take part in arena battles, and focus on these stages while they’re live. But it’s more than just fun and games in the Arena, as the rewards are also quite impressive, and quite easy to earn, even. If you choose not to be that active in this game mode. The matchmaking system seems to base the groupings on the time players enter the arena, but we wouldn’t worry too much about the competition if we were in your place. Tap Busters doesn’t have a large player base at the moment, and that means you may have a better chance of topping the competition and winning the top prizes.

As a bonus tip, taking part in Arena stages is also beneficial because it’s the easiest way for players to win new artifacts, and to win the currency required to level these artifacts up. The artifacts you can earn in Arena are randomized, which means you may end up with common, ineffective ones, as well as rare, powerful ones, depending on the luck of the draw. We suggest waiting until you’ve got a good number of the latter artifacts before going ahead and upgrading them. You don’t want to waste your currency on common stuff that won’t do you much good in the long run.

Thanks for checking out Tap Busters guide. We hope you’ve found it useful and learned something new. If you know other hints, don’t hesitate to let us know in the comment area! 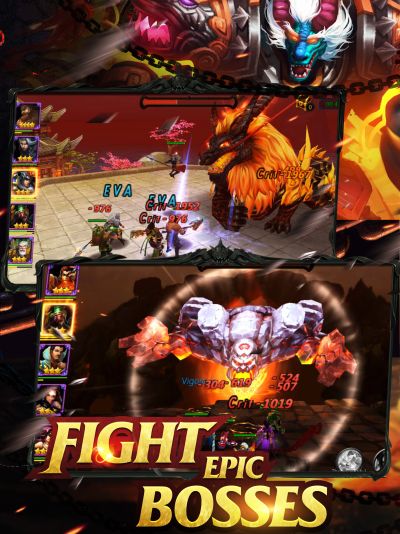 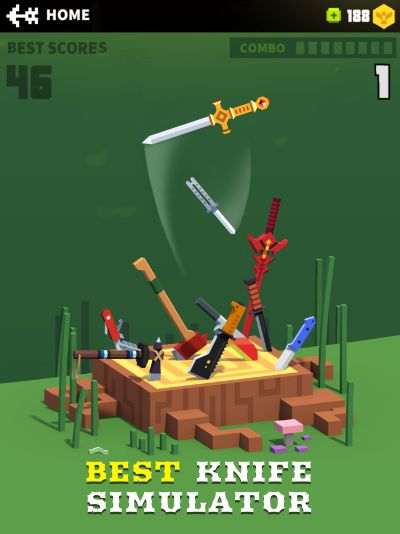