Have you ever wondered who would win in a battle between Frankenstein’s monster and the Mummy? Well, you are about to find out in Tactical Monsters Rumble Arena. Available on Android and iOS devices, Camex Games’ mobile title has every ghost, ghoul, monster, and mythical creature you can think of. This turn-based strategy game uses traditional hex grid tactics and mixes it up with modern monster collection mechanics. Recruit various monsters and upgrade them in order to build the strongest team there is. Test your skills against an endless wave of Bosses in Guerilla Warfare Mode. Challenge players from all over the globe in real-time live PVP battles. Join a clan in order to find allies who can help you progress further through shared tactics and card trades. If you find yourself struggling to survive, don’t worry! You can always rely on our Tactical Monsters Rumble Arena strategy guide for some help!

When you look at the bottom of the screen, you will be able to see the turn order. This will show you which units are about to move next. Make it a habit to check the turn order before making any move. The last thing you want is to walk right into your opponent’s next move. Plan your moves ahead of time, and make sure you don’t accidentally move your units right beside an enemy whose turn is coming up next.

2. Wait For The Opponent

Following our previous advice, it is better if you hold off on making a move if you will not be able to attack during your turn. Just use the Delay Turn or Defend option so your character will stay in place. If you do this, you will be able to bait the enemy into walking towards you. Let them waste their turns approaching, so you can land the first strike.

This is especially useful when used against melee units. Enemies will not have a choice but to come within striking distance, and when they do, use that opportunity to punish them with everything you have. Of course, ranged units will not be as affected, but they still have an effective range, so they will still need to close the gap even a little.

The Monsters Academy offers several optional missions for you to complete. These serve as extensions of the tutorial and are designed to teach you some advanced tactics. Make sure you take time to complete these extra missions. Not only will you learn some cool new tricks, you will also be rewarded with gems for doing so. Now that’s homework that is definitely worth doing!

Every level lets you earn stars. You can earn a maximum of three stars in each level depending on how well you performed. It won’t always be possible to get three stars during your first try. There will be a lot of times where you are just not strong enough. You need to be able to defeat all enemies within a certain number of turns in order to earn a three-star rating. If you can’t get that right now, wait until you have stronger units, then come back. It is important for you to get as many stars as you can because you need them in order to open chapter star chests.

5. Use Different Type of Monsters

There are a lot of different monsters in the game. Some are melee while others are ranged. Some inflict physical damage while others use magic. Make sure you include one of each type in your team. This will help ensure that you are prepared for any kind of scenario. Using only one kind of monster will leave your team vulnerable to certain types of attack. At least with a balanced team, you are sure that you will have a monster that can fight regardless of the enemy team’s composition.

This still applies even when you have rare monsters. Variety trumps rarity in this game, so don’t go stuffing your team with a bunch of ranged heroes just because they are all of Diabolical rarity. You will still struggle to succeed if your team is not flexible enough, even if you have a lot of rare units.

One of the things that you need to keep in mind is the attack range of your units. Melee units need to be adjacent to their target in order to attack. If their walking range will allow them to approach the enemy before attacking, they will automatically move closer to the target you set for them. You can also choose which hex your melee unit will attack from.

Ranged units can attack enemies that are far from them, but they can also attack adjacent units. Keep in mind that if you decide to attack an adjacent unit, you will be open to a counter attack. This could be bad for you since ranged units are normally squishy. Take this risk only when you have no other options. Another thing you should remember is that the damage of ranged units gets weaker the farther the target is. If the target has a bright red hex, that means your unit will deal full damage. If it has a faded red color, it will only receive half the damage.

After progressing a bit into Adventure Mode, you will be able to gain access to Quests. You can get as many as three active quests at a time. The set of quests change daily, so make sure you complete everything you can before the end of the day. Quests reward you with gems which is the game’s premium currency. Take advantage of the quests in order to earn a lot of gems!

8. Take Advantage Of The Ultimate Skills

Every monster has an ultimate skill that can be used in battle. These are powerful skills that can help you win any match. The problem is, it requires energy before it can be used. The amount of energy needed depends on the skill that will be used. Monsters can build up energy by attacking opponents, but they will get more if they kill their target. You will know when the ultimate skill is available if you see the yellow dots below the monster’s icon flash. As soon as that monster’s turn comes, a button for his ultimate skill will appear. Make sure you tap on it as soon as you can.

9. Learn How To Block

Blocking is a good way for you to protect your ranged units. If you utilize it correctly, you will be able to force your opponent’s ranged units to target your tanks, instead of aiming for your squishy backline. What you need to do is place one of your tank units beside a ranged opponent. Once there, tap on the shield icon in the list of commands. This will make your tank block that ranged unit’s attacks. The great thing about this is the unit’s damage against your tank will also be cut in half.

A good way to recruit new monsters is by going into the in-game shop. It always has four different monster cards available on sale. You might even be able to purchase Monstrous rarity monsters from the shop if you are lucky. Just drop by often and see if you find any good monster cards available. Of course, the rarer the monster is, the more expensive it will be. Prepare to shell out 1,000 gold for a single Monstrous card.

The premium currency of the game is gems. You will be able to acquire some for free by just playing regularly. These can be spent on a number of things, but the only option you should even be considering is the Mystery chest. There are several monster chests available, but the Mystery Chest will give you a guaranteed Diabolic rarity card. The cost is pretty steep at 2,200 gems, but the sure reward is definitely worth the time it takes to save up.

The game has a PVP option called Rumble Mode. Even if you are not the competitive type, you should still consider playing in Rumble Mode. PVP battles give you chest rewards that may contain Monstrous or Diabolic rarity cards. The good news is that you don’t even need to win to get these chests. You will be rewarded with a chest whenever you kill 20 enemy monsters. You just have to keep fighting against other players until you kill the 20 that you need.

As with most mobile games, you can get rewards here for simply logging into the game. Even if you are busy, try to take a couple of minutes per day to just log into the game and claim your reward. Daily rewards change per day, but they often include monster cards. On top of that, you will also get purple cards whenever you log in for seven consecutive days. Keep logging in daily to earn a lot of rewards!

It is time to gather your monster troops and conquer the world of Tactical Monsters Rumble Arena! Just stick to our strategy guide above in order to succeed! 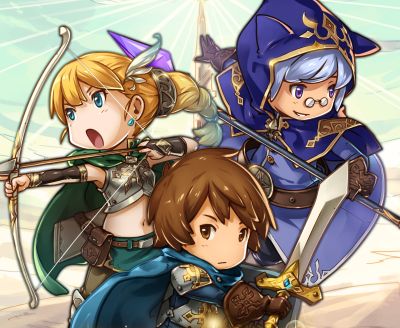 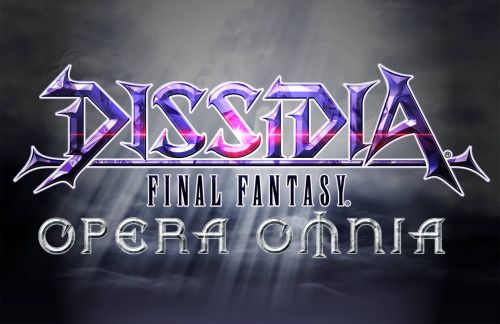