Bored with the old cookie-cutter “brain training” games you normally find in the app stores? Well, you just might be looking for a game like Naquatic’s new iOS and Android title Syllablade, which invites you to team up with friends, hunt for loot, and slay monsters not only with weapons and magic wands, but also with words. Unlike the usual take on crossword puzzles and the like, this game mixes RPG mechanics into the old word game format, allowing for a different kind of gaming experience that doesn’t just, well, train your brain, but also tests your ability to strategize and string combos together, while allowing you to collect various weapons, items, and skins. You can even join a clan with other players and take part in clan wars, where you can win even more prizes.

When we cover your usual kind of word game/brain trainer, our guides come in the form of answer keys. This time around, however, we’ve got an actual list of tips and tricks for you, as our Syllablade strategy guide covers all the important things you need to learn about the game, including the all-important topic of forming the right words, and the tactics you need to employ in order to emerge victorious in word-based battle.

1. Real Words Only, One Use Per Tile

The very first thing you need to learn about this game is that you can only create real words in order for your moves to be considered valid. Of course, this is a game that still strives to help you improve your word power, so you can’t expect to bluff your way through with made-up words. But there are other constraints that you need to keep in mind when playing Syllablade. Most importantly, you are not allowed to use the same letter tile more than once, though if you’re trying to form a word like “seen” or “soon” where one letter appears multiple times in the word, there will be separate tiles for each use of the letter, and you can use them all. Additionally, you can’t skip from one letter to the next; each letter has to be connected up, down, left, right, or diagonally in sequence, just like in traditional word games.

2. Other Basic Tips To Remember

If you’ve selected a group of tiles on the board, they will turn green if they form an actual word. Simply let go of the screen so you can use the word and have it attack your opponent. Now if the tiles are blue before you let go of the screen, no actual word has ben created, and you’re free to try again without any consequence. When attacking, you should plan ahead and see if you can find a longer word, because more letters means more damage against your opponent, as well as more coins generated and a faster charge for your weapon’s special meter.

One neat trick you can use to come up with bigger words is to go for the plural form, or for another tense of the word that contains more letters. For example, you should go for “words” instead of “word” if the opportunity is there, or “taken” instead of “take” if you are to change the tense.

3. How To Use Your Special Ability

As far as your special ability is concerned, you can use it anywhere in a word, just as long as the ability is fully charged. You’ll know if an ability is ready when you see one of the tiles replaced by a sword, health icon, or any other relevant icon that represents what the ability does. The key to using the ability is to create a word and make sure that it connects to the icon. That might sound hard, but it’s actually quite easy, if you consider that you can connect to the icon in a variety ways. For example, the ability icon can start off the word, or you can create a word and end it with the icon. There’s also an easy technique that could allow you to skip letters — this would involve using the icon as a bridge of sorts separating letters in the word and allowing you to reach tiles that otherwise cannot be reached.

4. There’s A Bit Of A Scrabble Mechanic

Although Syllablade arguably stands out the most for its incorporation of role-playing game mechanics, the game also has some features that may remind you of Scrabble, specifically the letter values. Just like in a Scrabble tile, you’ll find a small number on the bottom right corner, representing the value of each letter. Letters that appear less frequently in words, such as the letter “Q,” for instance, will be worth more points, while the letters “E” or “N” will only be worth a single point. Take note that the point values go up as your attack stats improve — disregard the 1’s, 2’s, and 3’s you may continue seeing at that point in the game.

Syllablade can allow you to earn gems in the game, and the key here is to spell those big words and make sure they’re spelled correctly. Each time you use five or more letters in a word, you’ll see your special meter increase. You will then earn a gem each time the meter is filled up, with the meter also advancing if you spell a word that deals just enough damage to cover the enemy’s current health and zero it out. (As opposed to sending it into negative territory, or leaving a few HP after the attack is launched.)

While gems are normally a premium form of currency in RPGs, they actually serve a different purpose in this game, You’ll eventually find out that the gems come in different varieties with different effects, such as dealing critical damage, preventing enemies from attacking on the next turn, or healing you up a bit. You can use gems without having to give up your turn, and better yet, you can use more than one of them while spelling a word if the opportunity arises.

6. Silver And Gold Borders Give Your Letters A Boost

You will also notice the border colors changing when letter tiles stay at the bottom of the grid and do not move for a turn or more. If it stays there for a turn, the border turns silver, and if it’s still there after another, the border will become gold. This is an effective way to increase letter values, especially if you get letters with gold borders. You can use this game mechanic to your advantage by doing some planning ahead, thinking of the color changes that could take place in the bottom tiles and considering how tiles fall when you clear the tiles underneath them. This could help you think a move or two ahead, and possibly allow high-value letters to get gold borders. You can then use those letters to form words and deal out a great deal of damage against the enemy.

When talking about the enemies you can face in Syllablade, you have to be aware of how many of them are remaining. Each level in the game has a specific number of enemies for you to knock off, so if you’ve still got more than a few enemies remaining to take out, you’ll need to keep a close eye on your health. Then you’ve also got the special skills of your enemies to take into account — you can, for example, be frozen by the snowmen, and that’s something you would want to avoid at all costs.

8. Be Prudent When Using The Bomb

The bomb is one of those things in the game that makes sure you aren’t alone when you’re in a bind. It works by wiping the board clean and giving you a new set of letters to work with. Although it’s a good lifesaver if you can’t spell any words, it counts as part of your turn if you use it!

As mentioned in the game overview, Syllablade allows you to use weapons as part of your attack on enemies. The weapons you can collect in this game come with their share of special abilities, while also improving your stats. Look at the icon underneath the name of the weapon for an idea of what it does, and that’s pretty much all you need to know — a health potion icon, for instance, will allow you to heal up without the need of a gem, while the swords icon means your attacks will do more damage while in battle.

If you come to think of it, the weapons in this game aren’t really weapons in the truest sense, but they are what they are, and they can be quite helpful in the game. You can also unlock more weapons and other types of equipment to purchase as you complete more areas and defeat more boss characters.

10. Buy Items From The Store

Aside from weapons, the game also comes with a wide variety of items which you can purchase from the in-game store. The coins you earn by defeating enemies can be spent on stuff from the Items menu, and that includes armor, helmets, robes, and, of course, the aforementioned weapons that could make your character more formidable. Like with the weapons, there are icons that tell you what the items do (sword improves attack stats, dice improves luck/makes enemies miss more often, heart increases health), but this time they’re located beside the item’s name, and not below it. Remember as well that it’s not required that you wear the equipment in order to benefit from it. Any time you buy items that improve your stats in any way, these improvements will be permanent even if you don’t equip the item. 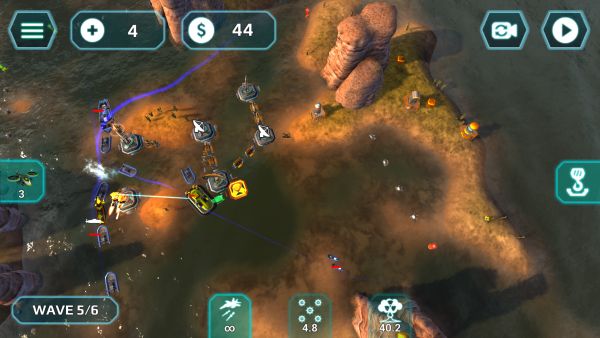 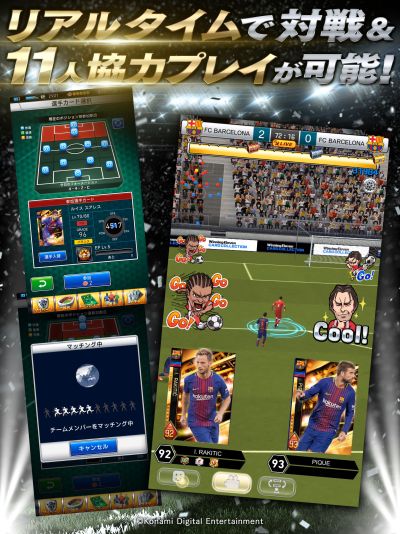