House of Fun is a casual casino game from Playtika, and you can currently download it for your iOS or Android device. The game comes with more than 180 free casino slot machines, with new games being added with every new, (ideally) weekly update, and each of these machines have different rules and features, giving you various ways to win some virtual money. There are progressive jackpots, raffles, special challenges, and a lot more twists to the conventional slot machine experience, and as you level up in the game, you’ll unlock more machines, more game features, and, in theory, have more fun in this mobile version of your average Las Vegas casino.

Now you may think that there’s nothing to learn in a game where you’re pretty much relying on the vagaries of chance, with no actual skill involved. But the goal of these games is to win as much in-game currency as possible, and that’s what we’re here to help you with, as we present to you a list of House of Fun tips and tricks. Again, this may be a casual game that doesn’t involve skill, but that doesn’t mean there’s a thing or two you can’t learn about boosting your earnings!

1. This Is A Game Of Chance

This is probably so obvious that we need not mention it, but we’re going to mention it anyway. House of Fun is, well, a slot machine game, and that means there’s nothing much you need to learn about this game. Just keep on spinning and spinning the slot machine as you earn more money and level up, and unlock new machines as you reach certain milestone levels. Easy-peasy. 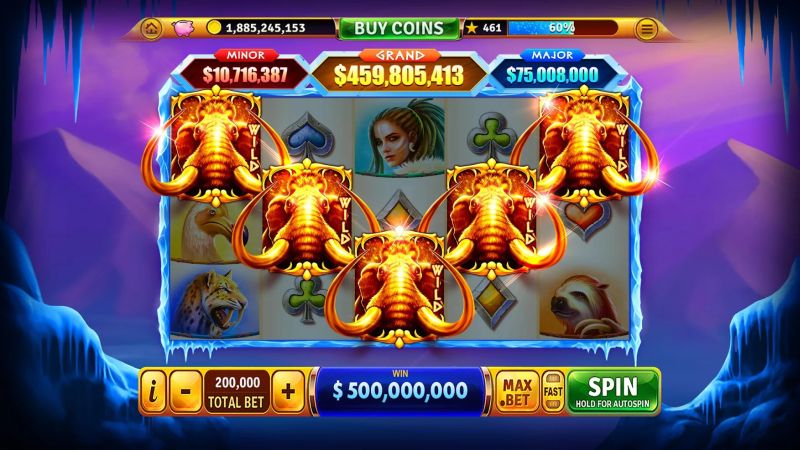 Yes, it’s true that each of the different machines have different mechanics, i.e. different things that need to take place in order for you to win some money, but other than that, this is a game of chance, and not a game of skill. And no, there’s no real money involved here, unless, of course, you choose to spend some dough on some in-game coin packages.

It might sound like we’re encouraging high-rolling, but there’s a reason why you should be betting the maximum amount more often than not. Though it would stand to reason that you can earn more money by betting more coins, the main reason why you want to do this is so you can level up faster in the game. Bigger bets means that the bar on the upper right corner of your screen will fill up faster — the percentage you see there shows you how far you have to go before making it to the next level. 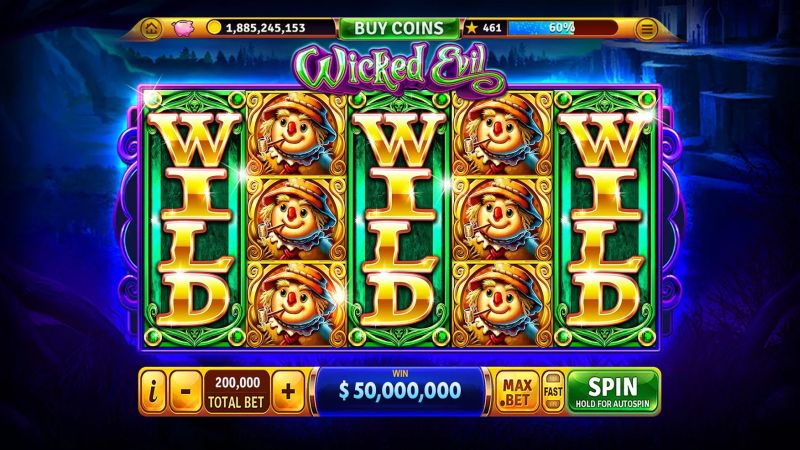 Betting higher will also allow you to fill up the counter on the upper middle portion of your screen in the 3 Tigers game, for instance — that counter shows you how much jackpot money you can win if you reach that slot machine’s milestone, which is 20 instances of three tigers of different colors showing up anywhere on the three reels of the slot machine. (On the machine’s intro, the jackpot counter shows $1,000,000 — don’t be mislead by that, as that’s simply the maximum amount of jackpot money you can win once you’ve reached a certain point in the game!)

In the early goings, you’ll only be allowed to play the 3 Tigers machine, but once you reach level 4, you’ll unlock the Kitty Gems and Frankenstein Rising slot machines. Unlike in 3 Tigers, there’s no counter that shows you your winnings, should you reach the milestone 20 instances of three different-colored tigers. 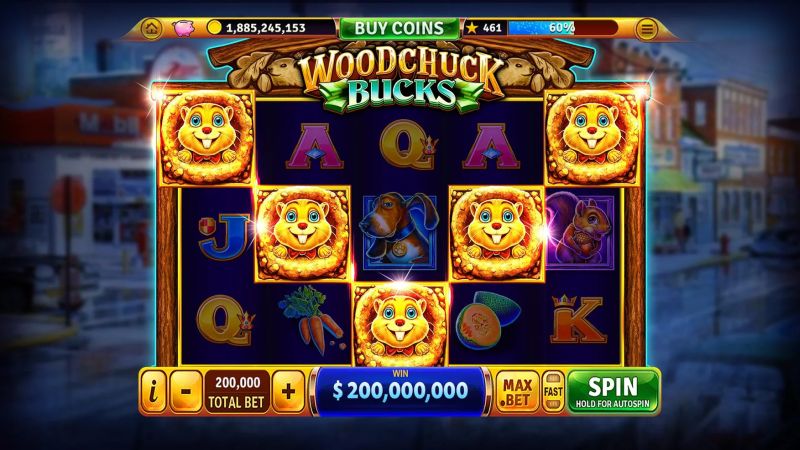 Instead, you get the It’s Alive bonus in Frankenstein Rising, which is triggered when the bar on the upper right fills up with gems; this allows you to increase your winnings exponentially, so you might want to keep on playing until you’ve filled up that bar at least once. (You could always stop, though, if you’re running low on in-game money.) Kitty Gems appears to be a more no-frills machine, as the key feature is that the gems on the slot machine act as a wild card, replacing any symbol except the Bonus.

Different machines, different mechanics — we suggest that you play as many of them as possible, as that should prevent you from getting burned out with any one machine, while getting to try out each of the machines’ unique features.

4. Never Turn Down A Free Spin

Free spins can be triggered in this game in a number of ways, usually through certain events, such as getting three Scatters with the Pagoda piece on reels 1, 2, and 3 in 3 Tigers. You should never pass up a chance to get free spins in House of Fun, as that essentially gives you a chance to earn more money without spending a single cent of your virtual currency! 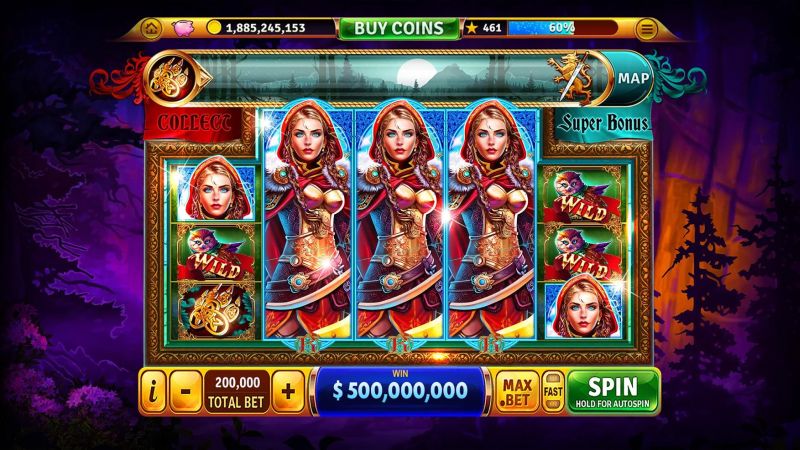 As the free spin mini-games come with special rules that make it easier for you to earn, you could potentially recoup some sizable losses, so it would also be a good idea to go for the most free spins available if given the choice.

5. How To Earn Coins Without Playing The Slots

Want to earn some bonus coins without paying a single cent? Simply connect your game to Facebook — you’ll find this option on the bottom left of the main screen, and you can simply tap on the Facebook icon to connect your game and redeem your free cash. You can also tap on the button on the bottom center of the screen every three hours or so, up to four times a day — you won’t earn much for this in most cases, but that’s another good way to increase your balance and have more money to play the various slot machines in the game. Opening chests in the Legends menu could also earn you some free coins to add to your total. 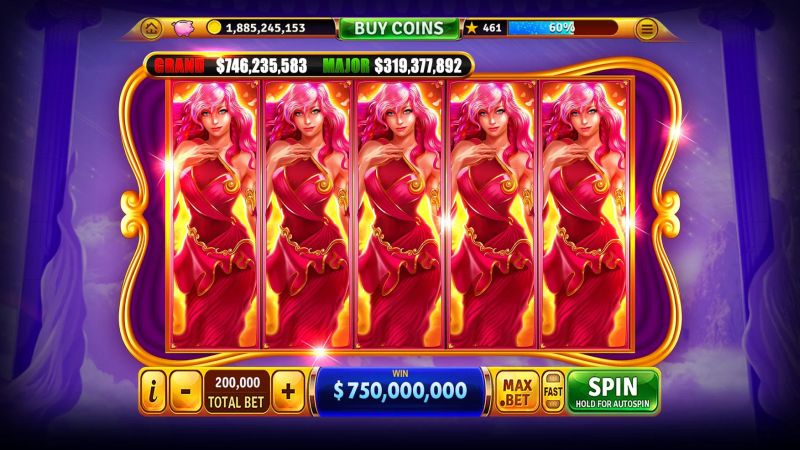 If you’ve just downloaded the game, you can also click on the New Players Sale button in the lobby — you’ll want to be careful if you’re an iPhone user simply wanting to preview this option, as it’s essentially one-click payment via Touch ID! But it’s a pretty good deal, in any case — for just one dollar or its equivalent in local currency, you’ll get 5,000 free coins as a special for newbies.

6. Rank Up Your Hall Of Fame Legends

See that button on the upper left side of the Lobby menu that says “Legends”? That’s where you can level up your Hall of Fame Legends — these are mythical characters, or the game’s versions of a pirate, Puss in Boots, Cleopatra, Poseidon, etc., with varying rarities, the rarer the character, the higher the jackpot. By opening the chests that you win while playing the slots, you’ll be able to rank up these characters until they reach Rank 5. 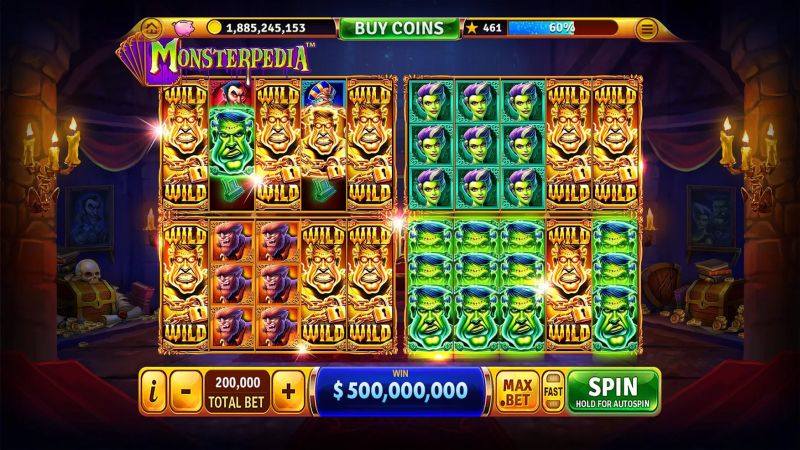 Once that happens, you’ll earn upwards of $100,000 in virtual currency, and that, quite obviously, is a lot of money which you can use as you continue unlocking new machines and enjoying the casual experience of casino gaming without having to bet any actual money.

And that’s all you need to know to skyrocket your earnings in House of Fun! Have you discovered any other tips or tricks for the game? If so, feel free to share them with us in the comment section below!

I am tired of the game. I can't win any more. I have lost 250 million but I still have 238 million so how can I give those points to someone else before I quit?

Sorry you can't actually transfer your coins to anyone. If you no longer wish to play you can simply logout & delete the app.

How can I cash out? The main reason I came here was in 9 news I read someone won the big prize. So what’s the point if I cannot cash out or have real money through this?

@More, It is only virtual money not real money so you can't cash out. I'd say more than likely the ad your saw from 9News was probably fake.

Pano maka cash out at cash in