EvilBane: Rise of Ravens is a new mobile game from Netmarble, which promises to usher in a new era of hack and slash RPG. It also promises console-quality 3D graphics in a massive fantasy world for both Android and iOS devices, and for a brief backgrounder on the backstory, you’ll be playing some 20 years after the kingdom of Ceroth was devastated by war. With the “mighty power of the Heavenstone” being challenged, it’s time for the “chosen Raven” to rise and save the world. There are over a thousand pieces of equipment available to heroes, opportunities to form alliances/guilds and defeat bosses, and chances to crawl through dungeons and take part in the game’s MOBA feature in the battle arena.

Like other mobile RPGs, EvilBane is quite a difficult game to learn, specifically if you compare it to titles from other gaming genres such as Match 3 and casual. But it all comes with the territory, and we’re always here to help you get started if you’re a noob, and to keep moving forward if you’ve been playing for some time. Read on, as we now bring to you our exclusive EvilBane: Rise of Ravens strategy guide.

1. Know How Level And Grade Works

When determining the power of your heroes in EvilBane, you’ll need to look at two things in particular – your gear’s level and grade. Whether you’re dealing with a weapon, a piece of armor, or other types of gear, you’ll see it fall under one of six grades, each of which has a maximum level. The basics of this are as follows.

First off, all pieces of equipment can be leveled up to a maximum level of 30. Skill starts on weapons will increase every 10th level. Also, you get more sub-stats each time your gear’s grade increases; you can add one to four sub-stats for your weapons, depending on the grade, and you can use your Heavenstones to literally upgrade your weapons, or acquire random, higher-grade gear by sacrificing two pieces of material gear. All of the above actions are done through the function, though as we’ll explain in a bit, there are multiple ways to make your gear better.

It may seem exciting to make new friends by joining guilds and to duke it out with other human players in the battle arena, but story mode is the best place to focus on. You can earn some great rewards in this mode, may it be new gear/equipment, or additional crystals, which are the game’s premium currency. You can also earn hero EXP, or experience points by completing levels in the story mode. It’s quite an engaging story, might we add, so if you’re willing to get your feet wet (if starting out) and earn some epic rewards, focus on Adventure Mode (a.k.a. story mode) first and foremost.

3. How Else Can You Level Up Your Gear?

Leveling up your gear can be done in a few other ways, including via material gear or EXP orbs. As stated earlier, you can only level up a piece of gear to Level 30, and as gear levels up, its stats will go up as well. EXP Orbs, on the other hand, can be earned every day as you log in daily and head to Matera Temple. So how exactly do you go about leveling up your gear?

It’s actually quite simple. First, head to the main screen and access either the Smithy or your bag. Next, choose the gear which you want to level up. Choose another piece of gear to serve as the upgrade material, and view the stats of your gear post-level up on the right side of your character’s avatar. Tap on the Level Up button once you’re ready, but make sure you’re not overspending; on the lower left side of the screen, you’ll see the amount of gold you need in order to level up successfully.

4. About The Upgrade Process In Further Depth

Yes, it is possible to go beyond Level 30, and as we mentioned above, that would be the time when you’re moving from one grade to a higher one. Now this is very important – we did say that you’ll need Heavenstones to upgrade, but you have to make absolutely sure that the gear type and Heavenstone type match so that the upgrade pushes forward. Upgrading a piece of gear sets the level back to 1, but a Grade 2 Level 1 piece of equipment, for instance, is more powerful than one that’s at Grade 1 and Level 30.

Logging in to EvilBane every day could earn you some nice rewards, including the ultimate Raven gear piece, which becomes yours if you log in for seven days straight. More so than most other pieces of equipment, you should use Heavenstones to upgrade that piece. You’ll still be able to use your Raven gear afterwards, but it will be substantially more powerful.

6. About Combining Pieces Of Gear

You can also combine gear in this game, though they both have to be maxed out to Level 30 and at the same grade. Once you are able to combine those two pieces, you will get a new gear piece of a higher grade. It’s going to be a completely random item, but of the same type; for example, you’ll get a random Broadsword for combining a Hellfire Broadsword with a War Citadel Sword that are both at grade 1 and Level 30. Combining is a great alternative to Heavenstones if you’re having some problems acquiring the latter, though we should warn you that the combination process can cost you a lot of gold!

7. Go For A Limit Break If You Can

Now Level 30 doesn’t necessarily be the end of it all. Limit Breaking is a feature in EvilBane that allows you to increase a gear piece’s maximum level by two, thus allowing you to level it up to Level 32, instead of Level 30 as usual. You’ll need two pieces of the exact same gear in order to limit break, and doing so would result in a more powerful weapon. This tactic, incidentally, is best used if you’ve got more than two of the same item.

8. Crawl Through, And Clear Those Dungeons

Want to move up fast in the game? One of the best things you can do to speed up your ascent is to enter dungeons and to clear them. Dungeons are a rich source of gold for leveling up your gear, as well as material gear that can also help you to that end. Word of warning, though – clearing a dungeon is often a case of easier said than done, as the enemies tend to get stronger as the dungeons get more and more difficult to complete. You can also try to clear them as quickly as possible, as you can acquire stars based on how fast you’re able to do this, and win some tasty rewards for working especially fast. Of course, your goal should always be to earn a perfect three stars when clearing the dungeon out.

9. What Is The Daily Dungeon?

Contrary to how it may appear, the Daily Dungeon is not an optional part of the game. In fact, it’s mandatory; you need to complete it if you want to upgrade your gear. Clearing a Daily Dungeon allows you to earn those precious Heavenstones, which we had told you about several tips ago. And while it might seem daunting to enter one of these dungeons, there are three difficulty levels, namely Easy, Medium, and Hard. Go with the dungeon difficulty level that suits your experience and expertise the best, though try the Hard difficulty level, as higher levels means more Heavenstones when it’s all said and done.

Once you’ve played EvilBane long enough to be well-versed with the game and familiar with most, if not all features, you can try your luck in the battle Arena, fighting other real-life human players. Take advantage of the game’s MOBA mode so you can earn weekly rewards. The game’s matchmaking system will assign you a ranking, then place you in a division where you’re with players who have performed similarly. You can then earn crystals depending on your rank; for instance, the top prize is a whopping one thousand crystals. You also get a bonus reward if you enter the Arena ten times, and it can be won a maximum of ten times a day.

The Matera Temple is also a dungeon, but this time, it’s where you should be going if you want more EXP Orbs and gold for leveling up purposes. You should, in fact, be heading here every day to make your hero more powerful in less time, as EXP Orbs and Gold can both be used in the leveling up process.

12. The Main Benefit Of Joining A Guild

Story mode is well and good if you want to play the game solo, but it will eventually be in your best interests to join a guild. Aside from allowing you a chance to share weapons, armor, and equipment with each other, being part of a guild also allows you to have an easier time fighting the dreaded Raid Bosses. Killing a Raid Boss rewards you with different gear tickets, but since they can be rather tough to crack, we advise forming or joining a guild; a maximum of four players can make an attempt at killing a Raid Boss.

And this completes our detailed guide for Evilbane: Rise of Ravens. If you like mobile games from this developer, you can always check out our collection of tips and tricks for other Netmarble titles, such as Magic Cat Story, MARVEL Future Fight, Nice Shot Golf and Seven Knights to name a few. 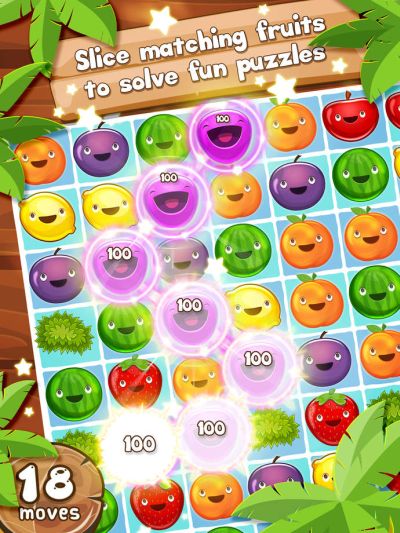 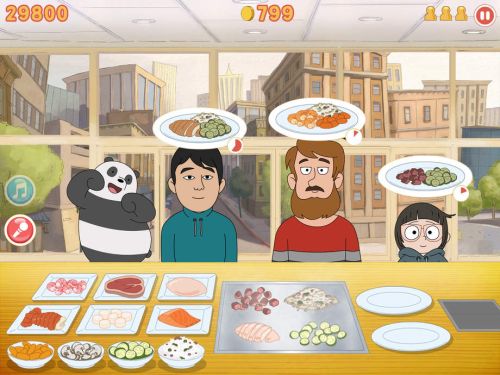 What's the codex all about?