It has only been a few years since Nintendo decided to enter the mobile gaming arena, yet the handful of titles it has released have managed to change the landscape forever. Dragalia Lost is Nintendo’s latest action RPG for Android and iOS devices. The game is barely a week old and it has already raked in millions of dollars as well as secured its position in the top five of the App Store’s RPG category. It is really just that good.

The story follows the tale of heroes and their relationship with the mythical dragons. Aside from battling as your character, you also get to transform into a dragon in order to obliterate your enemies. The game’s swipe controls are perfect for the mobile platform. Both novices and veterans get to enjoy real-time action as the swipe for domination. Battle is just one aspect of the game, though. There’s still a whole bunch of RPG mechanics that you need to master, and our Dragalia Lost tips, tricks and strategies will help you learn everything you need to know! 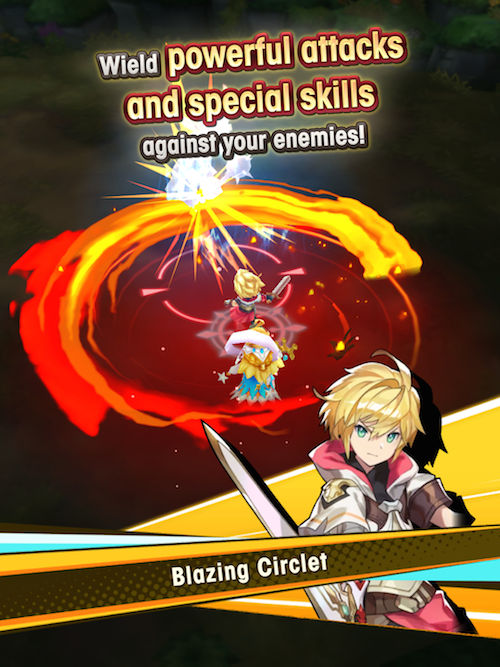 If you have not played any action RPGs on mobile before, Dragalia Lost may take a bit of getting used to. Make sure you take time to master basic movement controls on the touch screen before advancing through the stages. Your party will have four characters in it, but you only have to worry about controlling one of them. To move your character, you can hold a thumb on the screen and drag it in the direction you want to move. Virtual direction pads normally sit on the lower left corner in most games, but you can hold and drag anywhere on the screen to make your character move. Still, it is a good idea to keep your finger on the bottom part of the screen, so you can properly see what’s going on.

As we mentioned above, you have four different characters in battle. You can choose which one to control by manually tapping on their portraits. The next character will also automatically fall under your control if the current one dies. All characters have their own special skill that can be activated. Familiarize yourself with each character’s skill, so you know who to switch to when in a pinch.

2. Use Your Dragon Form Wisely

Once you have formed a bond with your dragons, your characters can transform into them in order to gain a huge advantage in battle. To transform into a dragon, you must first fill up the meter at the lower left corner of the screen. You will need blue crystals to fill that up. The crystals can be acquired by defeating enemies and finding treasure in dungeons. When the meter is full, you need to activate the dragon for by tapping on its portrait.

Keep in mind that your character will only remain in dragon form for a limited amount of time. After that, you will have to fill the bar up again in order to transform. That is why you should avoid wasting your character’s dragon form on weak enemies that you can easily defeat as a human. Save the dragon form for tougher enemies and bosses.

3. Learn How To Dodge

There are times when you will really need to trade blows with your opponents, so taking damage is to be expected. However, there are some attacks that you need to avoid at all costs. These are the special skills from menaces and bosses. These attacks will definitely hurt you, or worse, kill you. To dodge them, you will need to swipe twice in one direction. This will make your character safely roll away from the red area that indicates where the special skill will land.

4. Wait For The Overdrive To Finish 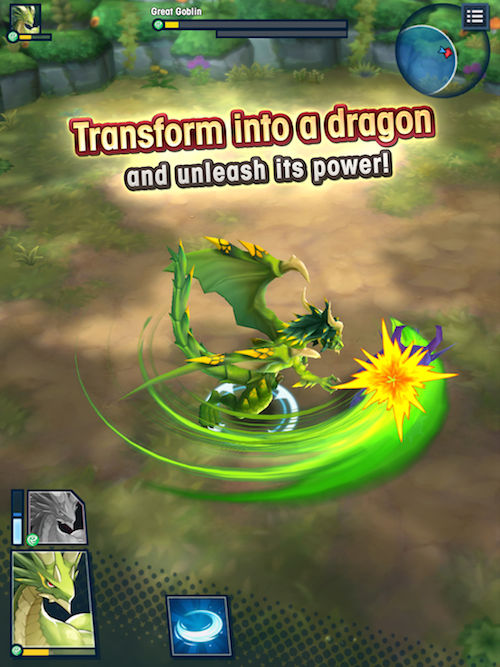 Overdrive occurs when a boss monster gets really angry after taking some damage. He will start attacking faster and with more damage when Overdrive begins. The good news is that you just need to survive this for a while. The boss will get tired after the Overdrive meter runs out, and he will be left vulnerable. Just keep dodging him until he goes into Break mode then hit him with everything you’ve got. This is the point where you would usually want to unleash your dragon form.

When a monster puts up a shield, you will end up wasting a lot of time and effort trying to deal damage. You will have to break the shield first by using a Force Strike. Just tap and hold on the screen until you see a yellow glow. Keep in mind that characters have varying Force Strike attacks. Some of them deal area damage while others need to be targeted. Pay attention to the type of Force Strike attack your characters have in order to maximize their use.

The remaining two elements are Light and Dark, and these two oppose each other. It is a good idea to keep a mix of these elements within your team to ensure you will never have a complete disadvantage against an opponent.

7. Beef Up Your Characters

Once you have settled on your primary team members, and maybe a couple of backups, you should start focusing on maximizing their strength. The most straightforward way to strengthen them is to level them up. You can do so by simply grinding battles with them. Another way is to give them a lot of medals.

The second way to strengthen your characters is to keep their equipment updated. You can find different types of weapons during battles, but you will also gain access to a Smith later on that will allow you to craft your own gear. Take time to check your characters’ equipment regularly to ensure they are using the best available weapons.

You should also collect as much mana as you can. It is needed to unlock nodes on your character’s mana circle. Each node will give your character a boost such as increased mana or strength. You can also unlock new skills by opening up certain nodes. New chapters of your characters store will also become available once specific nodes have been unlocked.

A final way to strengthen your character is by equipping a Wyrmprint. It looks like a piece of tapestry that shows the history of humans with dragons. Each Wyrmprint provides a certain boost. Some of them provide stat boosts while others unlock new abilities. Don’t forget that you can also level these up using holy water. 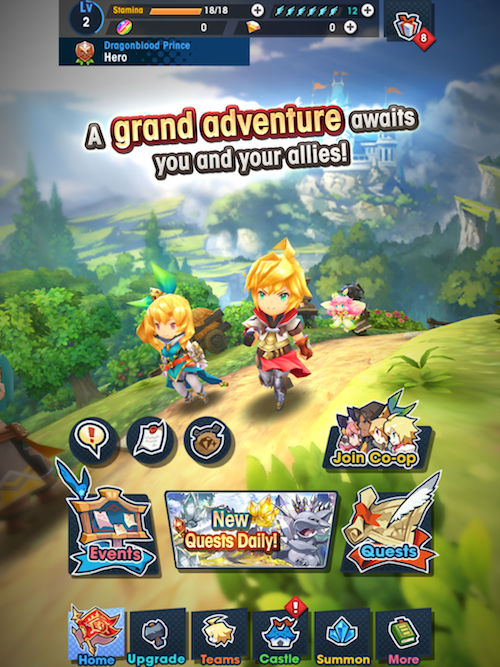 When you pick up duplicates of your characters’ weapon, dragon, or Wyrmprint, don’t be in a rush to get rid of them. Duplicates can be used to unbind existing ones, allowing them to reach their full potential. Weapons, dragons, and Wyrmprints can be unbound up to four times. Hold on to all your duplicates until you reach the fourth unbind for your gear!

Upon entering a stage, you will see a map icon on the top right corner of the screen. Tap on it to make the pathway icon visible on the top center of the screen. Doing so will make it easier for you to see which parts of the map have already been explored. Even though your main goal is to defeat the boss, there are a lot of things waiting for you in each map. Make sure you explore every inch of it before heading for the boss. If you are lucky, you might even find enough crystals lying around the map to have your dragon form ready before entering the boss battle.

10. Work On Your Endeavors

Endeavors are in-game tasks that you need to accomplish in order to get rewards. There are Daily, Limited, Normal, and Special Endeavors. Stages also give you three Battle Endeavors to complete before the end of your run. If you need to know what they are, just pause the game at any point to see the list of Battle Endeavors. Take time to complete as many Endeavors as you can in order to maximize your resource gain. You can claim all your rewards at once by tapping on the gift box icon at the top right of the main menu.

The Castle Grounds is where you will be able to build different structures that produce different resources. One example is the Rupie Mine which produces currency that you need to buy Upgrade Essentials from the shop. You can also gift your dragons at the Dragon’s Roost in order to increase your bond with them. Whenever your bond level increases, the duration of your dragon form also increases. On top of that, you also get bonus gifts after every increase in bond level. If you have some more time, read through the Adventurer, Dragon, and Castle Stories. Doing so will reward you with some additional Wyrmite. 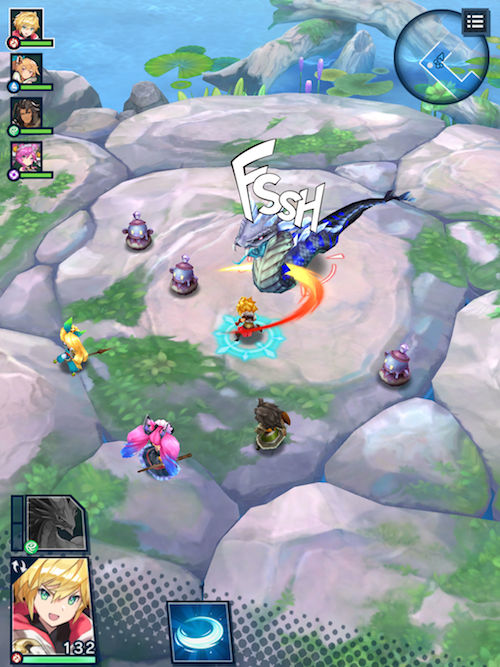 Wyrmite is needed to summon Adventurers, Dragons, and Wyrmprints. Even if you have enough to do a Single Summon, try to resist the urge. Performing a Tenfold Summon guarantees at least one four-star or higher summon. It would be a waste if you performed ten Single Summons only to end up with ten useless results. You should also save your Diamantium and wait for your preferred character to come up on the Daily Deal. Since you don’t get a unlimited amount of currency in the game, it is best if you spent them wisely on good deals.

13. Add A Lot Of Friends To Deal With Strong Enemies

Dragalia Lost allows you to bring along a friend’s character in battle. This is especially useful early on when your characters still need some extra help when defeating stronger opponents. If you are lucky enough to find a high-level friend, you can use his special attack to wipe out strong enemies while the rest of your team sits back and watches. When you reach the later stages of the game, it is important that you weed out friends who are no longer active. Some enemies will be so strong that you will need the help of a strong friend to defeat them.

14. Play Every Day For Rewards

As with most mobile games, you get rewards for logging into the game on a daily basis. Rewards vary but keep collecting them anyway since they are all useful. Aside from the daily rewards, you also get one free item summon in the shop per day. Make sure you don’t miss it because anything you get can help you in some way. Even if you don’t have much time to play, at least try to log in daily just to claim these freebies.

When you reach the late stages of the game, you will eventually come to the point where your main team is as strong as they will ever be. When that happens, it is time to invest in your other characters. Use your extra resources to build additional teams. You can create teams that are specialized for completing certain Endeavors. You can even build single-element teams for dominating certain stages.

While your main team will always be viable, there are some tasks that will be a lot easier when done by specialized teams. Analyze the strengths and weaknesses of the extra characters that you have and try to come up with combinations that will maximize their potential. It is always a good idea to have a few back up plans when you are in the advanced stages of any game. The game allows up to six different teams. This is plenty of room for you to experiment with, so don’t be afraid to try new things.

You are now fully equipped to take on the world of Dragalia Lost! Just remember everything you learned from the tips and tricks listed above to ensure your success! If you know additional hints for the game, be sure to let us know in the comments!