Animoca Brands’ new iOS game Crazy Defense Heroes is, as the makers of the game call it, a “glorious” combination of tower defense, RPG, and collectible card gaming. In this anime-inspired game (hence the company name) with simple graphics and gameplay that could appeal to many casual gamers, you will be tasked to create an army (or build your defense) and fight hordes of evil enemies, placing towers across the map, casting spells, and upgrading your cards and your hero alike as the battles rage on. There are more than 90 cards to collect, including Hero Cards, Tower Cards, and Spell Cards, more than 500 levels that promise to “test your mettle and mind for tactics,” and a social element, where you can build your own clan and communicate with other players from all over the world.

Don’t let this game’s simple graphics deceive you — with all those levels and collectible cards, there’s a lot to learn about this new and intriguing title. But everyone has to start somewhere, and with that in mind, our first Crazy Defense Heroes strategy guide will focus on the things you need to do in the first few campaigns in order to complete more levels, and hopefully all of them, with a perfect three stars.

Crazy Defense Heroes, as mentioned in the game overview, combines elements of several gaming genres — tower defense, RPG, and CCG. But if you take a look at how the battles play out in this game, there’s not much to be worried about in terms of game mechanics. At the start of each battle, you are given a limited amount of mana, which you can then use to build towers at designated places. These towers are built by playing the cards you have collected, and the game will also limit the number of towers you can build per level. You also have your avatar, which is the game’s designated hero — just swipe your finger across the level map to move your character around. There’s no need to do anything else, as the game will automatically do the fighting for you. There are other cards that can be played in the game’s levels/battles, though we will be getting to that a little later on in this guide.

2. How To Get Three Stars

Basically, your goal here is to not let any enemy unit disappear from the screen until the battle ends. On the upper part of the screen, next to the hearts counter, you’ll see a counter that would normally read “1/4,” “1/5,” etc. — that represents the wave of enemies that’s heading your way, and the total number of waves you will encounter in the entire level. Your towers should be set up in a way that none of the enemies get past the end of the path, which, as we mentioned, would mean disappearing from your screen.

Even letting just one enemy get away would mean you get two stars in the level — the hearts counter shows you how many enemies that can get away before you lose the level. If you lose at least 50 percent of your hearts, that means you only get one star. So, to sum things up, there is only one general way to get three stars in a level, and that’s to make sure nobody gets away from your defense.

3. You Need To Budget Your Mana Properly

At the start of a battle in Crazy Defense Heroes, you’ll be asked to set up your towers and, effectively, play your cards, and as we said earlier, you only have so much mana at your disposal to set things up. This becomes a concern once you collect better cards and unlock better towers — you might end up getting carried away and focusing solely on those higher-end towers that cost more mana to set up, instead of placing some low-cost Archer Towers so that you aren’t left wide open to attack. As the level continues and more waves of enemies arrive, you’ll be able to replenish your mana automatically, so you can always fill in the blanks as you go on, but since it’s important to have a good defense in place from the get-go, budgeting your mana is key to ensuring this happens.

This is something the game often reminds you of, and we’re going to do the exact same thing — when playing cards to establish your defense, you should not overlook the Bear Traps. You’re allowed to place a maximum of 10 for the entire duration of a battle, with only one before the battle begins, so with that in mind, you’ll want to have them ready in case you’re dealing with large waves of enemies, or if an enemy or two is dangerously close to getting away. Expect the latter to be more of a problem as the levels get progressively harder, so have those Bear Traps handy, and if you could, don’t overuse them! Always keep in mind the number of enemy waves in a level so you can budget your usage of Bear Traps properly.

5. Upgrading Towers Is Important As Well

Likewise, you also have to remember to upgrade your towers as the battle progresses. As enemy waves become tougher to deal with as each one passes through, you could potentially find yourself getting overwhelmed, even if you’ve got all the tower slots filled up at any given point in the level. To avoid finding yourself in such a situation, keep a close eye on the mana counter on the upper right of the battle screen, and once you’ve got enough for an upgrade, double-click on a tower, and you’re good to go. Obviously, the best towers to upgrade first are the ones where enemies pass through most frequently. Keep working your way through the towers until all of them are upgraded, and you’ll have a better chance of three-starring a level by not letting any of the bad guys get away.

6. After A Battle, Don’t Forget To Upgrade Your Cards

With each battle you win, you’ll earn rewards, which could range from coins, gems, or materials for your upgrade recipes. Speaking of materials and upgrade recipes, these are used for your cards, and it will also be important for you to upgrade your cards to keep yourself up to speed as the game gets more difficult. Tap on the Cards tab on the bottom menu, then tap on the cards you wish to upgrade. Aside from the upgrade materials, you’ll also need to have enough coins, though you’ll be earning so much early on that this shouldn’t be a problem in the early stages of the game.

7. Your Character Can Re-Spawn After He Gets Killed

This is quite a simple tip, but one we nonetheless believe should be included in this Crazy Defense Heroes beginner’s guide. Although you should do your part to keep your avatar alive by keeping him away from the heat of the battle if his health is running low, the good thing is that he can re-spawn if he gets killed. Naturally, this will take quite some time, and that’s going to render your defense weaker for the 30 seconds or so it takes for your hero to re-spawn. But the important thing is that he can re-spawn as often as possible throughout the course of a level, and that won’t have any bearing on the number of stars you can earn once the battle is over.

8. Consider Having A Centurion Card Handy

Tower cards and Bear Traps aren’t the only cards you can collect in the game — you’ve got Hero Cards as well, which represent deployable troops. As far as the early campaigns are concerned, the Centurion usually becomes available as a card that could be played anytime during a battle, albeit only once. This is a fully-armored knight who can fight alongside you, and help you take care of pesky enemies that want to use their strength in numbers against you. It’s often a good idea to fight alongside the Centurion, but you can also have him positioned at an area that’s too far for you to cover. He can really come in handy when the going gets tough, so feel free to use him if he’s already unlocked!

As a bonus tip, you can also control your Centurion’s movement, just like you can do the same for your avatar. Tap on the Centurion’s icon on the upper left of your screen during a battle, and you’ll be able to move him around to a more ideal part of the map.

9. Complete The Quests For More Rewards

Quests are usually available in these games from the very earliest stages, but in Crazy Defense Heroes, they’re available only once you reach player level 3. Completing quests can earn you chests filled with goodies such as currency, upgrade materials, and cards, so make sure you regularly check the Quests tab (on the bottom menu) once it becomes available, so you have a clearer idea of what to focus on to complete the quests faster. Otherwise, these quests consist of tasks that can be completed by playing the game naturally.

10. About The Different Chests In The Game

There are different kinds of treasure chests which you can open in Crazy Defense Heroes, if you’re looking to improve your cards and your character too. But there are five specialized chests that we’d like to discuss in particular, and these are your Equipment Chests, Spell Chests, Quest Chests, Daily Chests, Star Chests.

Equipment Chests can be won by completing certain levels, and in our experience, we got our first after completing the final level in the Greenwood campaign. These contain equipment cards for your character, such as new weapons, armor items, and shields, and these cards, like your tower cards, can also be upgraded with materials and coins.

We also got our first Spell Chest right after completing the Greenwood campaign, and these contain spell cards; these can be played in battle if you want to cast a magic spell to add to your character’s close-contact fighting and the ranged projectiles launched by your towers. Having some magic in your arsenal could come in handy as you progress forward in the game!

Quest Chests, obviously, are the chests you are rewarded with if you complete a quest, with the chests containing better items depending on how difficult the quest is to complete. You’ll have more quests available to complete as you keep leveling up, but just to give you an idea of where things may be headed, the Easy Quest Chest gets you a chance at a two-star card, tough you may also end up with other freebies, such as coins and gems.

The Daily Chests are self-explanatory — you can only open one per day, and while the rewards here usually aren’t anything special, free stuff is always a good thing, so make sure you’re logging in at least a few minutes per day so you can open this one and add to your inventory!

Lastly, the Star Chests typically contain rarer items than what you’d normally get when you open the chests rewarded for level completion. You’ll need to collect a total of 16 stars to unlock a Star Chest, but the caveat here is that you can only open one every 16 hours or so. Any stars you earn while the timer hasn’t refreshed yet do NOT count toward the stars you need to unlock a Star Chest, so it might be a good idea to play the game specifically when you’re allowed to collect stars to open this chest. 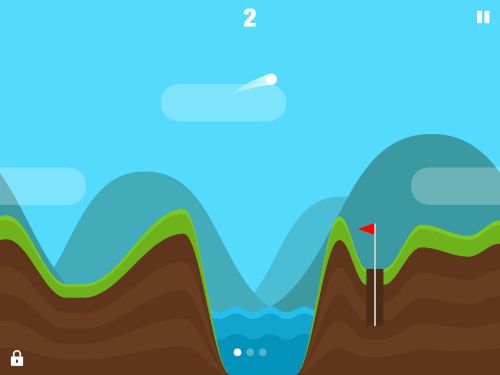 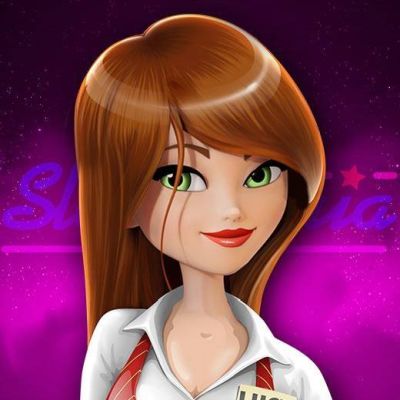