The ancient city of Skyland has fallen to ruin, and it is up to you to restore it to its former glory. Craft Warriors is an epic real-time strategy game created by Translimit, that’s out now on Android and iOS platforms. In Craft Warriors, your goal is to build up your city and protect it from attackers. How do you do that, you say? Well, you craft your character, assemble a party, and attack other towns to gain resources. Don’t forget to equip your party with the best weapons, so you can keep on raiding other cities. The stronger you get, the easier it will be to restore Skyland. Of course, the other cities will not take your attacks sitting down. Prepare for epic PVP battles and anticipate retaliation. Build up your defenses before you fall victim to other raiders! If you are struggling to survive, don’t worry. You can always rely on our compilation of Craft Warriors cheats, tips and strategies! If you have played other RTS games before, you would know that anything you craft, build, or upgrade will take time. The higher the level, the longer it will take. That is why you should not waste any time in queueing up production. You will have two builders and a blacksmith at the start of the game. The blacksmith is in charge of upgrading troops while builders work on the different structures. Make sure you keep them busy at all times. The faster you are able to build up your city, the easier it will be for you to climb the player ladder.

2. Max Out Your Storages

As you progress in Craft Warriors, the cost of upgrades and construction will continue to go up. You will need increasing amounts of resources. That means more raids for you. However, you can only store so much of each resource. Even if you are able to loot a lot from a raid, you will only be able to keep what can fit into your storage. That means everything else will be wasted. To keep this from happening, make sure your storages are fully upgraded. This will increase the maximum amount you can hold, lowering the chances of letting your loot go to waste. This is especially important if you are the type who likes raiding often. If you are a passive player, on the other hand, you might want to max out your pump and mine as well.

3. Build Up Your Walls Unlike most other RTS titles these days, this game does not give you free reign on your city’s design. You cannot build ten rows of walls around your city even if you have the resources to do so. Your city’s wall layout is fixed, probably because you are only in charge of restoring Skyland. Remodeling it is out of the question. With that said, this makes upgrading your walls extremely important. You will only have a default wall layout to keep your enemies at bay, so you will have to fortify them as much as you can if you want to succeed in defending.

Even if you are not able to move walls in Craft Warriors, you can still move your structures around. Use this to your advantage. The most important structures in this game are your storage buildings, not your castle. It does not matter if your castle falls. If your storages fall, you will lose a significant amount of resources. Make sure that does not happen. You can either sacrifice your castle by putting it outside or spread out your resource buildings around the city to make the enemy troops run around the city. Hopefully you will be able to finish off all the raiders before they loot all your resource buildings.

5. Think Before You Drop When attacking, you have the option to send your troops where you want. Of course, they will only go in the general direction based on where you dropped them, but it is still your decision. Don’t just drop all your troops wherever you feel like it. Targeted attacks help ensure successful raids. Try to go for the gun towers first. Taking them down will greatly reduce the damage your troops will receive during battle. Once the threat of the towers is gone, your troops will be free to pillage the gold and mithril buildings before finally taking out the enemy castle.

A common mistake for new players is focusing too much on getting stars. While stars are important to your end game, they are not your first priority. In fact, if you can maximize your loot in a raid, you can just forget about getting stars. You need a lot of resources in the early stages of the game. Getting stars won’t really help you a lot when you are still starting out.

The upgrades you can make on your troops and structures all depend on the level of your castle. The higher your castle level is, the more advanced your buildings and soldiers will become. You will also be able to gradually expand your territory as you level up your castle. While it is the most time consuming and expensive structure to upgrade, it is also the symbol of your power. Upgrade it as much as you can in order to build a bigger and better city. The further up the player ladder you go, the stronger your opponents will be. Make sure you are ready to take them on by keeping your troops upgraded. Since you have limited resources, you should prioritize your favorite units when upgrading. You should also try to keep your other units upgraded whenever you have some extra resources. Since the game is still evolving, there is a good chance that seemingly useless troops may be reworked with better stats. If you invest in them beforehand, you won’t have to work too hard to upgrade them later on. Keep in mind that you will not be able to use troops that are being upgraded. Queue up troop upgrades when you are about to log off from the game, or if you are sure you will not be using a particular unit any time soon.

8. Give Your Airship Some Love

If you scroll all the way to the right side of your base, you will notice your Airship. Since it is often out of sight, it is pretty easy to neglect. Make it a habit to upgrade your Airship whenever you can. Its level determines how much loot you can carry and how many troops you can deploy. The higher the level, the more you will be able to work with.

9. Don’t Let Up When Attacking When you are attacking, keep in mind that you can only send in one battle unit per slot. The good news is that one slot can actually have more than one unit. If you send out a unit and it gets wiped out, you can send another one to take up its slot. You can even place that new unit in a completely different location on the map. This is a good way to get more resources, especially if your opponent decided to scatter his resource buildings. The important thing is to keep the units coming. Pay attention to all your units and replace them as soon as they get taken out. Overwhelm your opponent with endless waves of attack until they finally surrender.

10. Mix And Match Your Troops

There are different types of units in Craft Warriors. While you may have favorites, it is important that you also consider the synergy between the units that you decide to use. For example, if you send out nothing but squishy ranged units, they will most likely get wiped out before they can do any real damage. What you should do is send out some tank types first to soak up the damage. Once the tanks have the enemy’s attention, that is the time for you to send out your damage dealers. This will allow them to dish out the damage without getting hit in return.

Try out different combinations of units to see which ones work best for your play style. It takes a bit of trial and error, so don’t worry too much if you lose a couple of matches. Discovery requires experimentation, after all. Once you find the perfect combination of troops, you will be unstoppable.

One of the most popular features of Craft Warriors is the ability to “craft” your own character. That means you can customize you look and build your own skins from scratch. Keep in mind that this feature is purely cosmetic and will not impact your gameplay in any way. But then again, that is part of the charm. You won’t have to worry about stats and you can just focus on creating your vision.

If you are short on artistic talent or patience, you can always use what other players have created. Just go to the Market then select a category of skins. Browse the different skins available until you find one that you like. Tap on the skin that you want then choose download. Once the download is complete, make sure you tap on Add Craft Model in order to unlock the skin for use. You can then head into your barracks, look for the lucky unit that will use the skin, then tap on the blue icon in the lower right. Choose the new skin and you will have a new look to flaunt!

Do you have what it takes to make it to the top of the player ladders? Remember everything you learned from our Craft Warriors strategy guide to ensure your success! 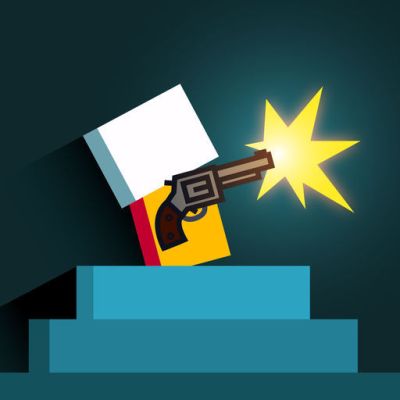 Previous
Mr Gun (Ketchapp) Cheats, Tips & Tricks: How to Get a High Score 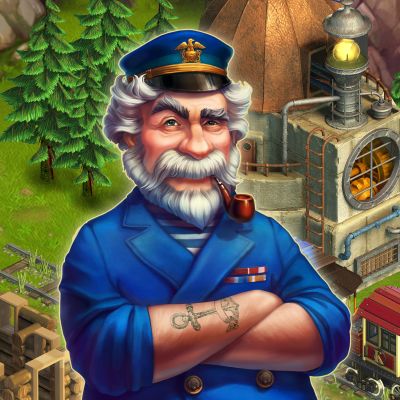