Champions Destiny is one of the best mobile MOBA games available right now, and if you want a pocket MOBA experience that features simple control system, many different heroes and a strong competitive scene go to Google Play and get Social Point’s brand new game.

Champions Destiny features one of the best control systems we ever saw in a mobile MOBA title. That’s probable because the game uses relatively simple maps that are very easy to navigate around and because most heroes have simple to use powers that don’t ask for precise targeting or faster-than-lighting reflexes.

The game also comes with pretty solid graphics and lots of details on every hero and bright and colorful effects that make every battle an enjoyable experience where everyone is able to light up the map with special skills that explode like fireworks on 4th of July. The goal is simple – destroy all three defensive towers held by enemy team before they destroy yours. There are two lanes where heroes can advance, along with the middle of the map, which isn’t the best place to be because everyone will find your hero there.

While the game is forgiving for new players, you will want to be careful at higher leagues because a few simple mistakes can have grave consequences. Also, some heroes are better than others, and you should test each new hero you unlock because while they might have relatively low power rating, they could hide excellent stats behind their low power numbers.

Champions Destiny is all about teamwork, and if you don’t like to listen to your teammates and to always roam the map on your own, then you either have to start following the team or uninstall the game.

We have played Champions Destiny for many hours and came up with this exclusive strategy guide that should help, mostly newbies, to get their hold on the game and to learn how to destroy enemy towers without being sent to the wait screen, watching the battle knowing they can do nothing to help their teammates. Stay with us and find out how to find a perfect hero and how to successfully reach higher leagues in Champions Destiny.

While this may seem like straightforward advice, most players play Champions Destiny like it is some simple single-player title in which you are massively overpowered and cannot get yourself killed. The reality is quite different, and if you tend to rush towards enemies and enemy defenses, you will die in a matter of seconds.

Instead of rushing like a sweet chocolate cake waits for you on the other side of the map, you should follow teammates and try to advance the map slow, but steady. Watch minimap placed on the upper left part of the screen in order to see where enemy heroes are and try to slip away from them and join your grunts in order to attack the defense towers.

Also, once you notice that you lost more than half of your HP, just go back to your base and wait for other heroes join you so all three of you can attack enemies. You don’t have to go way back to the edge of the map; it’s okay to wait next to one of your secondary towers. Just remember that rushing is a quick way to revival screen and that rushing will never, ever, help your team.

It’s simple; there’s no shame in retreating if you find yourself surrounded by enemies. Retreating can sometimes save a game because, in most cases, it is better to retreat than to get yourself killed. Also, since you can heal yourself completely at your base (heal packs appear every half a minute or so behind you main defensive tower), it is advisable to return every once in a while in order to get your health replenished.

No rushing means that you can observe the battle and plan your moves accordingly. Watch where your and enemy grunts are, where enemy heroes plan to go, and where you can slip away unnoticed and get behind enemies. Also, playing tactically means you can quickly snatch med kits that appear in the center of the map (on both lanes), and that can turn the tide of the battle.

For instance, if you just killed an enemy hero, with them leaving you with a small amount of HP, picking up med kit that spawns on the center of the map instead of retreating to your base to heal can mean you can immediately join your teammates in attacking the enemy base.

2. Sometimes, It’s Better To Get Yourself Killed

While we advise you to retreat in ninety percent of cases, sometimes is better just to let your hero die. Since, like in most MOBA titles, your hero takes more time to resurrect each time they die, you can use this to your advantage.

Let’s say that you managed to get close to the enemy tower and, along with your grunts, you managed to destroy it. And then you see that enemy hero started to attack your tower. If you didn’t get killed during the course of the game, it is faster to die quickly and to resurrect (it takes around ten seconds after you die for the first time) than to return way back to your tower.

While this may be of great help, we have to tell all of you to do this just in specific cases. Because, in Champions Destiny, you will have to wait almost a minute in case you die three times of more making this tactic unusable in case you die even once during the course of the game.

On top of playing slow and tactical, you should also be surrounded by your grunts whenever you can. In Champions Destiny, grunts play the role of moving, living shields, and can greatly help you to survive longer than usual.

Always watch where your team’s grunts are and join them. This way, enemy heroes will have a hard time to pinpoint you and to launch their special attacks towards you, and you will be able to immediately attack enemy defensive towers because towers always favor grunts before heroes.

Another positive side of being surrounded my friendly grunts is the fact that you will be hard to spot on the minimap. Since heroes are represented by large circles and grunts by smaller ones, surrounding you with grunts will make you practically invisible on the minimap. This way you can sneak close to enemy towers because other players are usually focus just on one lane, letting grunts to battle alone. This tactic can be crazy effective, especially when you are playing against a team that always attacks together.

4. Each Hero Has A Guide, Read It Before Playing

One excellent thing about Champions Destiny is that each hero has its own guide that can be accessed via hero screen. These guides have all you need in order to see whether the hero is suitable for your play style. Guides also contain detailed explanations of all powers so you can see which powers are better than others.

We strongly advise you to tryout each hero in a live game before deciding if they are good, but we also think that reading a guide before trying out hero will make you understand every power along with how the hero should be played. When you want to try out a new hero, always read its guide. Also, since other players can comment on each hero (their comments are shown on the bottom of the guide), you can find out some cool tricks and advice that can make you better when playing with a specific hero.

5. A Few Tips For Playing With Your Team

First off, you should always pick your hero last. It is simple – each team should have either one tank or one support healer, so wait for other teammates to pick their heroes before you make your choice. Going all in with DPS heroes can have results, but only if the enemy team is way weaker than you. In Champions Destiny, playing without a tank or a healer against a capable team will make your team to lose very quickly.

Next, once you start the match, use touch commands. These commands are great for communicating with other team members and to coordinate your team strategy. There are three basic commands- rally, defending, and attacking.

Use rally (green icon with footsteps) to tell your teammates on which lane you should advance, and to let them know when you have to retreat in order to heal. Rally is great for coordinating your team movements, and for letting others know that you won’t be able to help them, so they don’t try to attack towers solo, and get killed.

Defending command should be used once you notice that enemy team will start attacking your defensive tower. Just touch the tower you want to defend, and the icon will be shown for all to see. Also, when you are in trouble and in need of healing or buffing, just touch your hero and others will see you need help.

And the attack command should be used once you reach a tower, in order for your teammates know which tower to attack. It should be used right after you issue the rally command, so other team members know where to go after they reach the rally point.

6. Keep An Eye On Daily Classes

In Champions Destiny, each class gets buffs and better prizes during a different day of the week. Watch for daily classes because, if you have the said class, you can get better prizes and to have stronger attacks. Weekends don’t feature daily classes so you can pick whichever class you want.

But, if your teammates picked the same class, and if those heroes are weak, don’t pick the same class just because it is featured during that day. It is better to pick your best hero than to pick the featured class hero who is weaker and to quickly lose the game. 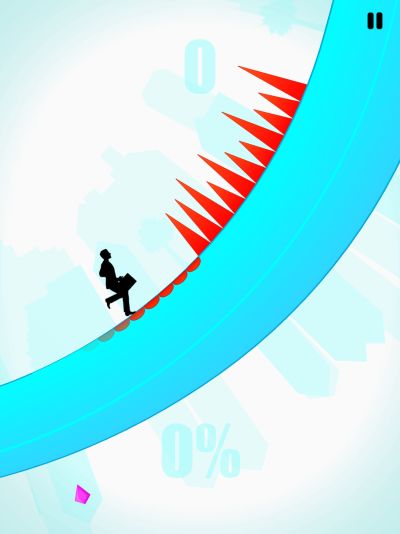 Previous
Flippy (Ketchapp) Tips, Cheats & Guide to Get a High Score and Unlock All Characters 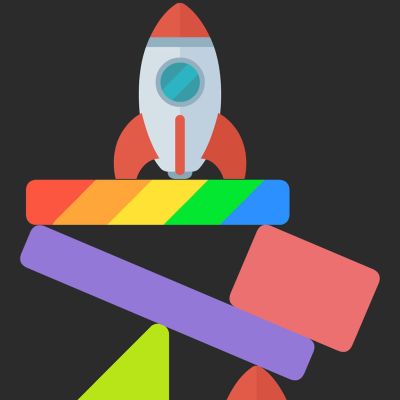