Castaway Cove is a new iOS and Android adventure game from Kongregate, where you can collect survivors to build your own island paradise, as each survivor helps you in gathering supplies and resources, and exploring the island to discover new things. These include Sand Dollars, which you can tap for and use to upgrade and improve your village, and the aforementioned resources which you can use to create, and upgrade your buildings and increase your wealth. And once you’ve collected enough wealth, you can sail from the island and move on to another one, or, as Kongregate says in rather simple terms, “bigger and better things.” You can also collect different types of survivors, with some rare ones offering you more productivity than the common ones you start with.

In terms of this game’s mechanics, we guess we can call this title an “incremental game,” and while those words might give it the appearance of a traditional idle clicker, it actually is more than just that. But there are a lot of things to learn about this game, and that’s why we’re here, right now, to present to you our Castaway Cove strategy guide for beginner players. Read on, and make sure to check this guide if there’s anything in the game that isn’t quite clear to you!

1. Which Buildings Should You Be Tapping?

If we are to go by the obvious, the newest building unlocked would be your go-to building when tapping for Sand Dollars — if it’s newer, it usually yields more, and that’s usually the case in many a game. But not in Castaway Cove — this is one of the games where the obvious solution is not the best one. Most of the time, you might find yourself earring more money from buildings that are about three to four levels behind the most advanced one — in many cases, you’ll never know just what to expect. The best thing to do, really, is to tap all of the buildings at the same time, and take mental note of the building that yields you the most profit. That’s the one you should be focusing on going forward.

2. Shoud You Level Up Or Upgrade Your Buildings?

These are two things you usually get to do in mobile games, and while they have similar meanings, you know how the rest of this goes — they’re ultimately two different things. In Castaway Cove, you can level up your buildings with regular Sand Dollars; this would allow you to rank them up, which makes them more productive, and speeds up the money-making process as well. Alternately, you can also upgrade them, and that’s where the special resources you collected from various areas on the map would come in. For each time you perform a new upgrade, you get double the money for the building that’s being upgraded.

Looking at both of these methods, they both have some very clear and obvious benefits. But upgrading is harder, as that’s going to depend on the resources you currently have. With that in mind, we suggest that you focus your upgrades on your top-performing buildings, and also focus them on the ones you will unlock later and count as your top performers. Upgrade the earlier buildings if you want to earn profit quickly and early on, but if you’re thinking of the so-called “long game,” the former option is the way to go.

3. Watch Ads For Double The Income

The game allows you to watch advertisement videos from time to time — if you’ve been away from the game for a while, this option will typically appear, and offer you a chance to double your income. You can also watch ads to double your production for a given period of time. While most games will only allow you to do one thing or the other, that’s not the case with Castaway Cove, which allows you to watch a video to double your earnings, then watch another video four hours later to double your production. This is a good strategy for anyone who wants to move forward quickly and be both productive and rich even in the early goings of the game.

4. Take Note Of A Castaway’s Bonus When Sending Them Off

Leveling up in the game will unlock new areas where your Castaways could gather resources. But when it comes to foraging, mining, or doing whatever you call getting resources in the game, there’re some things to remember, including the bonus associated with each Castaway.

In fact, we’d say that taking note of a Castaway’s bonus is the most important thing you need to do before sending them off and asking them to mine for resources. Some of them would have bonuses that improve their production, while others may have other bonuses associated with them. What you want to do here is to make sure your Castaways are assigned to their favorite area of the map, unless you’re not in any need of any of the game’s resources. As for the rarer resources on the map, what you can do is to have some Castaways act as support, giving production bonuses to their fellow Castaways who may be nearby.

There’s no actual “demand” stat for the resources, but you can say that it is an important thing to consider as well — how much do you need a certain resource, in other words?

Keeping the above thought in mind, you should avoid a situation where, for example, you have all your Castaways mining for rare resources, but none of them mining for common resources such as wood. At the end of the day, you might not make a lot of money in such a situation. Mine with the upgrade requirements of your top buildings in mind, because you want to have enough resources for those upgrades to go through. It won’t be too practical, after all, if you’ve got a whole lot of diamonds, but nothing to use them on.

Resetting the game, or prestiging as the term goes in idle clickers, should allow you to restart and go through the same or similar situations, and have a better idea of how the resource system works the next time you reset. And once you’ve familiarized yourself with the system, you can then make plans in advance and gather resources with smooth precision in succeeding resets.

6. Unlock The Sailboat Asap To Reset

It’s going to be hard to get your Sailboat ready for the game’s first expedition. And it’s also going to take a while before you even get to the point where the Sailboat is unlocked — it becomes available once you reach level 25. Now that’s the point where you can reset the world and start from square one, much like the prestiging you’re probably familiar with thanks to previous idle clicker titles.

We did mention unlocking the sailboat ASAP as the title to this tip, and the specific term here would be to “rush” for it during your first play-through. Once you’ve rushed the Sailboat, you can reset once you get the chance to do so, getting some bonus firepower that will help you go through the game faster during the next play-through. As we mentioned in the above tip, it will do you good to take stock of what you learned about resources (among other things) to help your progress move even faster.

7. When Should You Reset Next?

After that first reset, the best time to make those subsequent resets would be once you’ve gotten enough bonus tokens. If you reset your game too soon, the rate of improvement wouldn’t be too high, but if you reset too late, that wouldn’t be too productive an option either. The best advice here would be to reset at the point when ranking up your buildings takes too long for comfort.

8. How To Get More Castaways

Castaways are the lifeblood of Castaway Cove, just as you can see with the title. So how can you get more of them in this game?

First of all, you can open free chests, which become available to you every 6 hours. These chests come with Castaway Tokens inside, and you can use these to level up the ones you currently have, or unlock new ones. Next, you can complete missions, some of which would reward you with new Castaways, or give you tokens that can be used to level up existing ones, or unlock new ones you’ve yet to add to your lineup.

Another option would be to spend your gems, which are the game’s premium currency, on Castaway Boxes. Make sure you’re saving up your gems, because if you use 100 gems to buy the Premium Castaway Box and open it, you can get some rarer Castaways, and not the common ones you usually encounter in the free chests or by completing missions. You can also save up until you’ve got 900 gems so you can buy a better Castaway Box, which comes with Elite Castaways guaranteed, though it’s best to stick to the Premium boxes for the most part, especially early on in the game. 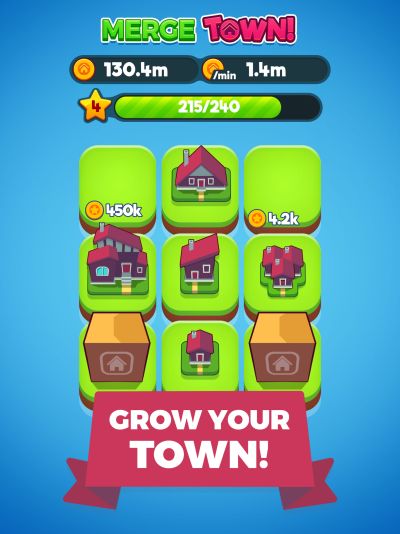 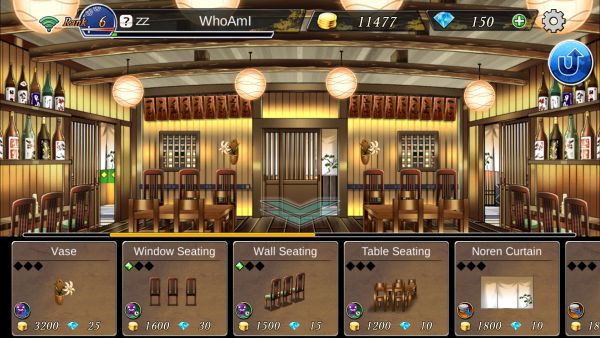