As you probably know by our many features on this game, Brawl Stars is Supercell’s latest mobile game effort, although it’s only available for iOS devices as of this writing. The company has returned with a modern-era MOBA where you can collect and unlock characters, take part in four different game modes, and enjoy all the perks of playing a multiplayer game that rewards teamwork and strategy. And while there aren’t too many characters in here as compared to other games in the genre, that’s also the beauty of the game — Brawl Stars tries to keep it simple, while delivering in the other expected features of titles in the multiplayer online battle arena space.

We’ve got a first for you for this new Brawl Stars character guide. While we had focused on two female characters (Shelly and Jessie) in our last couple of guides, we’re now moving on from the common tier and heading toward the rare tier, where we will feature our first rare Brawler, Poco. The man is unhappy because he’s lost his fans to a rival band, and that’s what motivates him to take part in the brawling action. But what’s the best way to use him? Read on to find out.

Poco is a rare Brawler — the first rare character we’re featuring, as we previously mentioned. He is a support character who excels when it comes to the scope, or radius, of his attack, as well as DPS effects — that’s damage per second, for those who aren’t familiar with gaming jargon. As you could see from his character design, he’s a musician by trade, and he likewise uses that guitar of his as a weapon, strumming it to blast enemies with sound waves. That primary attack is known as the Power Chord. As for his Super Ability, it’s another musical reference — the Encore — which is essentially a healing tune that doesn’t just restore his HP, but also the HP of any teammate who’s within its range. He’s truly a support character in every sense of the word, so consider yourself lucky if he’s on your team. You’ll also want to take advantage of his self-healing and teammate-healing abilities if you decide to play as him.

In case you’re wondering, there’s only one other Brawler in Brawl Stars who can heal himself and/or others, and that’s Mortis, whom we hope to feature at a later time.

Three words — damage per second. The Power Chord can deal out damage over time, and that could spell bad news for enemies who are within that primary ability’s range. But Poco’s main strengths typically draw from his healing abilities; if you’re able to get your teammates within range and heal them when they need some HP restored, that could help you establish control over key areas of the map, while denying a wide section of the map as long as you’re restoring lost HP whenever you could. His base healing stat of 400 is quite high, and if you come to think about it, you’ll rarely ever need to heal a teammate by so many HP.

Talking about his base stats, his starting HP of 800 isn’t that bad, so he does stand out as one of the sturdier Brawlers in the game. Base speed is 650, which makes him one of the faster characters, and someone who could beat a hasty retreat if need be.

While Poco does have those useful healing skills, as well as a neat-looking primary attack that deals out in the form of DPS, it’s also worth noting that his attack can also be a weakness. You shouldn’t rely on him to deal out full damage on an enemy — instead, his Power Chord can be used to provide support to an attacking teammate, or to help your team deny the enemies a key area of the map.

When And Where To Attack

As we had stated above, the best ways to use Poco are as a Brawler who supports teammates through healing and DPS attacks. But you can also use him to finish off enemies or push them further back; with that in mind, you shouldn’t worry too much about upgrading his primary.

Generally, you want Poco to man the edges of the map. This would allow him to attack any enemies from the sides, and to take cover in the grass if he has to. However, you might not need to take cover too often for the purpose of hiding, as he has very good speed stats, as well as a solid amount of HP on him. Charge up that Super as often as you could, because that’s going to come in handy when there are friendly Brawlers who need a little pick-me-up to help them last longer.

When you get killed while playing as Poco, chances are you’ll re-spawn in the sides, which could allow you to cover that area. Take full advantage of the grass and bushes around you when using your primary attack, as he can be quite skillful at that. We did say that hiding won’t always be necessary, but you can still use the grass to get the cleanest possible sneak attack against an enemy.

While still on the topic of using the grass to your advantage, you can also choose to lay in wait until you see that the enemies are bunched together closely. Once that happens, use Poco’s basic attack and its rather wide radius to deal out some serious DPS damage against your opponents, affecting as many of them as possible. The basic damage isn’t too high, but the DPS is indeed a nice touch in such a situation.

As you may have observed, this section of the Poco character guide isn’t as long as it normally is for other Brawlers. Again, it all boils down to his status as a support Brawler.

When To Use Super

Just in case we didn’t make this clear enough, the best time to use Poco’s Encore is whenever one or two of your teammates have taken a big hit from an enemy and need to restore some health. That’s what he does best, so focus on your duties as a support character and charge that Super up as often as possible! Sometimes, you might even have to take solace in keeping your Super once you get killed, instead of missing with your Super and still dying in the end; it’s important to have a good aim and to always be on the lookout for a good opportunity and a good opening to use the Super, otherwise everything will go to waste.

Any team-based mode is a good mode for Poco, but it’s Smash and Grab where he can be used to his maximum potential. It will largely depend on where you move him — regardless whether you start on the left, right, or middle lane in the game, you can still move him to a good position where his healing powers could benefit as many teammates as possible.

As a rule of thumb, Brawlers whose Supers double as evasive maneuvers are the best choices to carry the crystals in Smash and Grab. That wouldn’t really be you, but if you can use your healing powers to keep your teammates alive while they’re carrying the crystals, you’ll know that you’ve done your job right in this mode.

Some say that Poco isn’t that bad a character to use in Showdown, but we beg to disagree. Sure, he won’t be as bad as you think, but there are so many other Brawlers whom you can use instead of him. El Primo, quite obviously, is the perfect Showdown character, and a common Brawler at that, so there’s really no question if you’ve also unlocked Poco and may be considering using him in Showdown. But we do agree that using Poco in Showdown is a good way to familiarize yourself with his ins and outs. He does have some decent HP on him anyway. 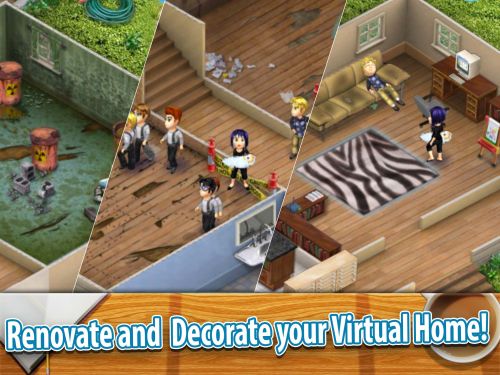 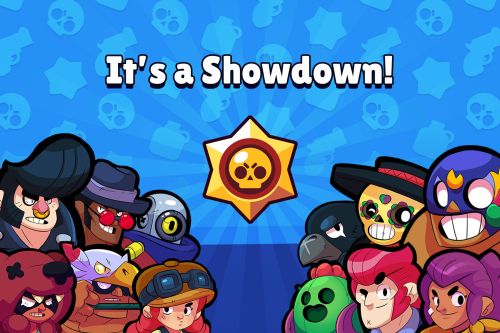