Brave Frontier: The Last Summoner is the latest installment in one of the most successful JRPG series from Gumi Inc. This time around, players will be following a stand-alone story that occurred years before the original Brave Frontier game. If you are a fan of the first game, don’t worry because this one is just as epic. Available on Android and iOS, this sequel has the same top-notch character designs with a few visual updates that both veterans and newbies are sure to appreciate.

The story promises an adventure filled with surprises and shocking plot twists. If you’ve always hated the fact that your effort to collect characters is wasted on having to choose just a handful of them to fight with, you are in for a treat. The game features large-scale battles where up to 50 characters duke it out. Of course, that also means your skills will be put to the ultimate test. It’s a good thing you can rely on our Brave Frontier: The Last Summoner beginner’s guide for some much-needed help!

1. Stick To The Tutorial 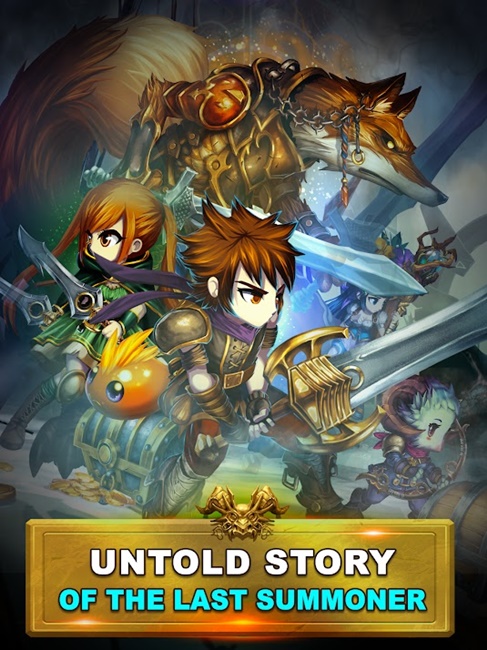 Most RPG games these days can be overwhelming, filled with so many things that you can and should do. This is the primary reason why you should hold off on exploring and just stick with the Tutorial. You won’t really have the resources to fully explore all the different features anyway, so trying to figure them out ahead of the Tutorial will just confuse you. Just play the game first and collect as much loot as you can. You will eventually learn what every item, currency, and menu is for. The Tutorial is pretty well made, so you won’t get lost as long as you pay attention.

2. Get Basic Info About Your Enemies Before You Attack

As soon as you read that there can be up to 50 characters on the battlefield, you probably wondered how you can control all of them. The simple answer is to just swipe across all of them with your finger. This will make them all attack at once. However, you will quickly discover that this brute tactic will only work in the early levels of the game. Once you hit the Harvest and Challenge modes, you will need to pay more attention to your enemies.

Before you attack, you will be able to tap on your enemies individually. This will show you basic information about them, including whether or not certain units are strong against them. Targeting individual enemies, and choosing who among your characters will attack, is a better way to maximize the damage output of your team.

3. Stock Up On Skill Crystals 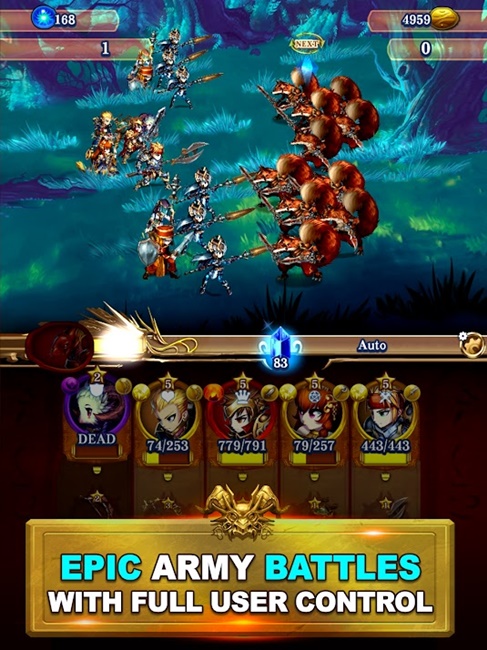 Skills are powerful spells that can help turn the tide of battle. Unfortunately, you can’t just use them whenever you want in Brave Frontier: The Last Summoner. Using skills will cost you skill crystals. These are crystals that you need to acquire by attacking enemies. The good news is that you can get crystals from enemies even if they don’t die. One way to get more crystals is to have all of your characters attack even if an enemy is already dying.

There are different types of skills available. Offensive skills are more common, and they are used to deal massive damage on your opponents. Defensive skills are those that you can use to buff up your characters or heal any damage. Knowing which ones to use in different situations can help you win most of your battles.

Characters have different classes, each with their own advantages and limitations. For example, some classes are designated supports. That means they can only use defensive skills. Others are optimized for utility and can really be useful if you have the right strategy. A good example of this is the Archer class. Archers can use skills that will increase the amount of crystals that you get from battle. This is a good way to stock up on crystals and even increase the money you earn. Make sure you take time to analyze the different characteristics of your units in order to find the best use for them in battle. 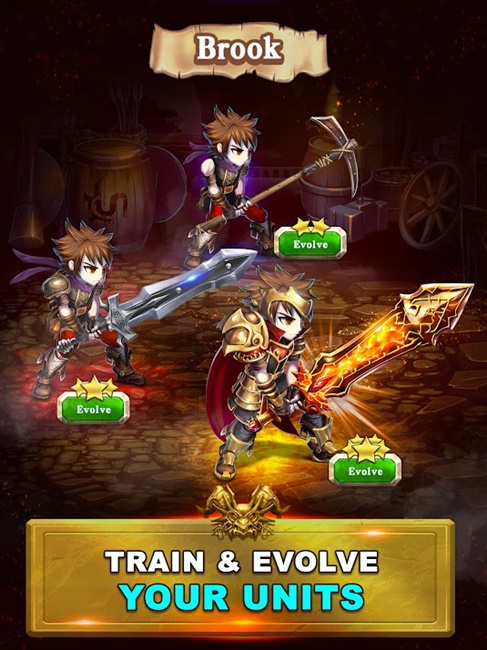 Aside from letting them earn experience in battle, you can strengthen your units through fusion. This is also a good way to use up excess characters that you don’t really need. Sacrifice any units that you don’t plan on using in order to level up your team members. You can also sacrifice Metal units, like the Metal King and Metal God, in order to get bigger bonuses. Keep in mind, however, that the units have maximum levels depending on their star rating. Three-star units can go to level 60 while two-star units can only level up to 20. Make sure you don’t waste any Metal units on upgrading a 2-star character.

Once you have maxed out the level of your units, there is one more thing you can do to strengthen them further. You can evolve your unit to increase its star rating. As you already know, higher star ratings mean higher maximum levels. Your unit will also gain permanent increases in base stats. Of course, something as awesome as this means you need to put in some work. Aside from maxing out your unit’s level, there are a couple of more steps to take. You also need to play through all available memories of your unit. Once you have played through the memories, you will need to gather all the required crystals for the evolution. When you meet all three requirements, that is the only time you can evolve your unit. 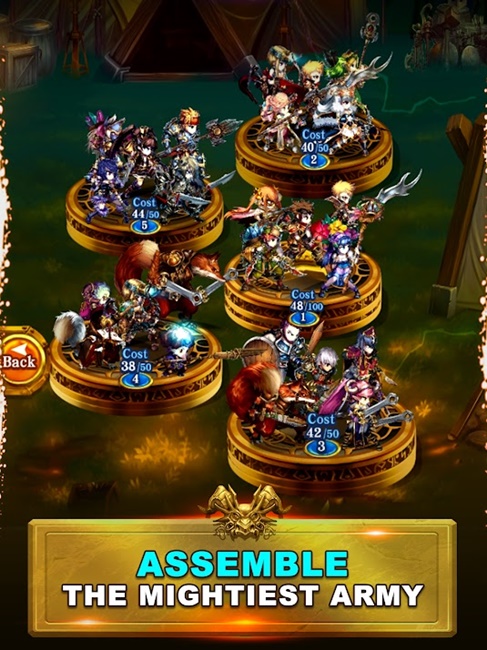 Now that you have all these beefed up units, what do you do with them? One thing you can do is to take on the tougher modes of the game. Clearing a level in Story mode will unlock its Harvest mode counterpart. Harvest mode will have tougher opponents for you but will also give out better rewards. If you are looking for even tougher enemies, you can also take on Challenge and Challenge+ modes. Keep in mind that these two levels, however, are better suited for veteran players. Make sure your lineup is fully prepared before going for these challenges.

8. Watch Out For Notifications

As you play Brave Frontier: The Last Summoner, you will notice several menu icons will have a notification icon from time to time. Make sure you check them out as soon as you see them. Depending on the menu, these notification icons often mean you have a freebie waiting for you, or you have enough resources to unlock something new. A good example of this is the Summoning tab which gives you a free summon every few hours.

During the early parts of the game, you may feel like you are breezing through everything. You will eventually reach a point where the enemies suddenly seem too strong. When that happens, the most likely explanation is that you have been neglecting your equipment. Make it a habit to check your inventory for all the loot you have picked up. You might have gotten a better weapon, or enough materials for an upgrade. Do this as often as possible to ensure your team is always in top shape.

It is time to embark on an epic adventure in Brave Frontier: The Last Summoner! Be sure to stick to our strategy guide above to ensure your success! If you have anything to add, don’t hesitate to drop us a line in the comments!