Bigfoot Hunter: A Camera Adventure Game arrived on the Apple App Store earlier this month for iOS devices, and R2 Games USA’s new title allows you to go on the adventure of a lifetime as you travel from Bigfoot National Park to the Sasquatch Shores to track down the mythical monster and all his wild friends. In this game, you will be sent to a magical land of Bigfeet, where strange creatures abound, such as Bigfoot, Yeti, Sasquatch, and others. There are also many “conventional” animals in here as well. You can enter the Bigfoot Photobooth and “photobomb” your monstrous new friends. As you do this, you’ll earn more coins and spend the coins that you earn on better cameras or upgrades to your existing shooter.

While the premise of this game may be silly, this is a title that may not have been meant to be taken seriously. You’ll have lots of fun clearing the levels and finding rare beasts, and you could even share the photos you take via social media. But if you want to make the most out of this fun and unique experience, it would be best if you take a few minutes to check out the first in our two-part Bigfoot Hunter strategy guide.

1. Pay Attention To The Radar

The radar at the bottom of your device’s screen will show you just where to find the animals, beasts, or whatever you want to call them. You will, however, have to prepare yourself for some unpredictability; some tend to move from one end to the other, while some tend to hide behind trees, or anything else that will keep you at bay. But with the help of your radar, you can see how these creatures appear and disappear, or move from one side to another side just like that.

Radar is an invaluable tool in this game due to its ability to track a beast’s movement, and its ability to help you scout each of them and learn their unique tendencies. Furthermore, radar shows you the face of these creatures, making it easier to find animals that will earn you more coins in the game.

2. A Guide To The Animals In Bigfoot Hunter

Regardless of the animal you’re trying to capture, you should be sure that their body is in the photo in one way or another. Make sure that your focus is sharp, as a poorly-focused shot won’t count as a capture. In order to do this, you should have knowledge of each of the animals in this game, so that you know what to do and what not to do, and when to snap them.

You can take a photo of a bear with just one shot, as they’re generally slow on their feet, but you may want to watch out for bears with a lightning icon above their heads. These bears can be a bit of a challenge when they throw fish or honey at your way. Be sure to clean your camera if honey gets into the lens. A general rule here would be to tap rapidly on the capture button before the bears start throwing honey; there’s a good chance you can take their photo before they go berserk. Also take note of the green bar, and wipe it out fully by tapping quickly so you can take a good photo.

Fortunately, there are bears who merely eat honey but would generally leave you alone; just tap on the capture button several times and don’t worry, as they won’t throw the honey at your camera.

Strangely enough, deer (even the hopping variety) are easy to capture, even if they have a reputation of running quickly in real life. You can say that’s where the expression “deer in the headlights” comes into play.

Rabbits hop out of their burrow, then dive before creating another burrow. They slow down when they dive from one burrow to another, so shoot photos when they’re slowing down in mid-air.

The mythical Sasquatch cannot be considered as an animal, but we’ll mention him nonetheless. Sasquatch is big and fast, but the good thing about him is that he doesn’t mind appearing in photos and hamming it up for the camera. And if you’re lucky, you’ll even see Sasquatch twerking! But in order to get him where you want him, you might need to use some power-ups such as Stun (to temporarily stall him) or upgrade your shooter’s shutter speed. Taking a perfect shot of Bigfoot will earn you more coins.

Squirrels tend to be unpredictable in their movements – some can dart from one corner to the other, some play hide-and-seek by a tree, and some choose a broken branch as their refuge, using their cover to throw acorns your way. As long as you’ve got a larger-than-usual camera reticle, you can easily capture squirrels, particularly those of the hide-and-seek variety. They usually stay in view for a few seconds once they appear, giving you all the time you need to take a good shot.

Woodpeckers fly from one end to another quite rapidly, and that’s why they’re such a challenge to shoot successfully. Likewise, having a bigger reticle does help when trying to take photos of woodpeckers. Their motion slows down in mid-air as they begin to glide, so wait for that moment before trying to snap their photo.

3. Start With The Slow Creatures First

Many levels in Bigfoot Hunter include a different variety of creatures. Some of them tend to hop around, some move at a deliberate pace, while others just stay in one place. And in these levels, you have a limit of three creatures not to capture with your camera.

How do you avoid reaching the limit and how can you pass these levels easily? The solution here would be to start out by capturing the big and the slow. For example, large bears can’t be expected to hop or run like the wind, and you can even focus on slower-moving deer and rabbits. Squirrels are among those that stay at a fixed position, though they do play hide and seek in the trees and try to throw you off by throwing nuts at your camera. Avoid the flying creatures as they’re simply too fast and too hard to catch. Missing one or two flying creatures is fine, just as long as you don’t miss three opportunities to snap a creature.

Want more tips and tricks for the game? Head over to the second part of our Bigfoot Hunger: A Camera Adventure Game strategy guide, which contains some additional tips and hints to complete more levels. 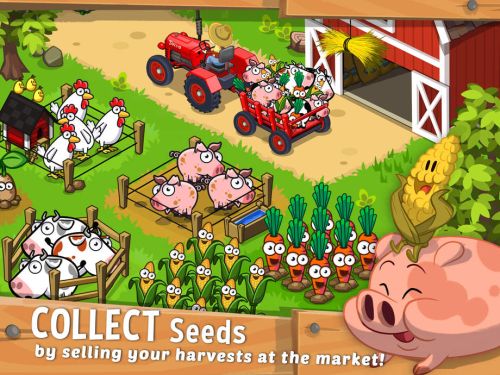 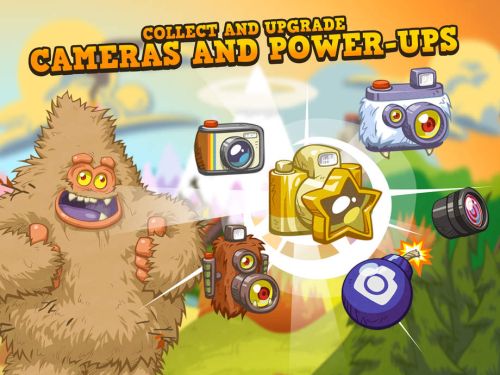