Bandai Namco has released a new Android and iOS game called Asterix and Friends, an MMO city-building/strategy game which takes you to the world of the iconic comic book character, as you create your own Gaulish village, team up with friends, see the world, and form powerful guilds against the Roman army. You can complete “funny and challenging” quests as you make your way through Roman legions and camps, and team up with classic characters from the Asterix series and several new ones as you hope to reach Egypt. There’s a lot more which you can do here in this game, though considering the character of Asterix, it’s mostly about defeating Julius Caesar and his Roman army.

This may sound like a whole lot of fun, especially if you’re a fan of Asterix. But even if you’re not, this makes for a different take on the whole city-building/MMORTS genres, and you’ll need to learn a lot of things if you want to make your humble village as powerful as possible, and improve your chances of defeating the Romans. That said, read on as we shall now present to you our complete Asterix and Friends strategy guide, which includes all sorts of general tips and tricks to help you succeed in the game.

1. Food Is Your Most Important Resource

Among all the resources you can gather in Asterix and Friends, food is the most important of them all. You don’t want your village to go hungry, and you want your villagers to have enough strength to gather resources and defend the area against Romans. Fortunately for you, food is quite plentiful, and there are different ways for you to gather enough to feed your village.

For starters, you can head to the beach and river to go fishing. By going to those seven different locations and trying to fish, there’s a good chance you could come back with a good amount of food, with the fish being used in recipes, and even in village brawls. Additionally, you can go to one of the seven boar tracks in the game and hunt down some boars for meat. Boar skin, while not edible, can also be used to craft leather once you reach that point in the game.

2. Build An Outpost By The Southern Farm

Aside from fishing and boar hunting, there’s another great way to add to your food supply in the game. We’re referring to the Southern Farm, which could be a nice source of food, but a rather tricky one, considering how the Romans keep trying to recapture it. We suggest trying to secure this building as soon as possible, creating an outpost by the farm to keep the Romans at bay and further ensure everyone has enough to eat.

In an interesting feature you don’t often see in these games, decorating buildings does more than just change things cosmetically. All of your village’s production buildings, meaning the Blacksmith, Butcher, Carpenter, Fish Market, Leatherworker, Stonemason, Tailor, and Tavern, can provide some nice bonuses (added production, more item drops, shorter production times) if you upgrade them through decorations. Of course, there’s also the aesthetic benefit on top of the practical one.

All production buildings in the game can have a maximum of two decorations. You can buy some o them with Sesterce, while others can only be purchased with Roman Helmets. Decorations are also tiered into three, and you can purchase each stage when your building is at level 1, level 4, then level 8.

4. How To Get More Sesterce

Sesterce is the game’s common currency, and you can earn it through the Butcher, the Fish Market, and the Tavern, all of which produce it on a regular basis. That also includes the times when you aren’t playing the game, but while that would allow you to passively earn Sesterce while you’re asleep or simply away, you should also take note of each building’s maximum capacity, and collect Sesterce whenever you can so the resource doesn’t go to waste.

5. Defeat More Legions, But Don’t Get Caesar Too Upset

Legions are another key feature of Asterix and Friends, and beating them could help you with those resistance points, which, in turn, can be used as you create permanent outposts, level up villagers, and unlock more brawlers. Beat more Legions and you’ll see Caesar’s mood sour a little bit with each one you defeat; this can be tracked on the “Caesar Mood-o-Meter.” Keep in mind, though, that Legions can often be tricky to polish off, and that you shouldn’t get Caesar too mad to the point where he sends Legions too tough for you to beat!

6. Lend A Helping Hand Against The Legions

Yes, it’s important to beat as many Legions as possible without testing Caesar’s patience too much, and beating one of them could earn you some nice rewards. But as an added bonus to the above tip, you can also get social, help your friends out, and fight their legions by going to their map. Team up to fight each other’s legions and you’ll be helping each other out in adding to your rewards. Additionally, Caesar won’t be as irate as he normally would if you went at it alone.

Pro-tip: You might want to face your friend’s Legions exclusively, as that could slow the timer down for those new Legions. Alternately, you can fight your own Legion once before focusing on those of your friends if you want to maximize your rewards.

Going back to the topic of Sesterce, you can also go to the aforementioned buildings (Butcher, Fish Market, Tavern) to ramp up on Sesterce production. How do you do this? By selling merchandise – this could include fish, chicken, or dishes that each building is designed to craft. Sell those items by choosing “Merchandise” in the building menu, tapping on the merchandise slot, and selling whatever you want to sell. It’s important to note that selling items speeds up Sesterce production, but doesn’t boost your currency total automatically. That means you’ll still have to collect the currency so that nothing goes to waste.

8. Look For Bargains In The Market

If you pay close attention to the game, you’ll notice that there are a lot of bargains available in the market. Every day, the market sells an item at a lower price, and if you’re looking to add to certain resources, this can be a great opportunity for you to save some currency. The catch, however, is that these on-sale items are sold on as limited basis, which means you’ll have to go to the market early so you can be one of the few buyers. You may also get limited-time offers for Roman Helmet packages, which come with additional Helmets and a few other items. And speaking of Roman Helmets, you might be wondering how you can get them for free, which we shall be explaining next.

We already told you about Sesterce, which is the game’s common currency. Roman Helmets are the game’s premium currency, and you can buy them at the in-app store, or better yet, earn them for free by completing achievements. The game offers a ton of achievements, a lot of which can be completed in the course of playing the game, and you can always try focusing on them specifically so that you can complete them faster.

10. Trade With Other Human Players

Asterix and Friends is a game that’s best played with friends, no pun intended. And aside from helping each other out with the legions, you can also take advantage of the social element by trading with other players. The game does make it easy and fun to trade, as you can visit special chat rooms for trading purposes, stating your needs and looking for someone who may be interested in your surplus resources. But we would suggest you use the game’s Safe Trade feature, which can be found in the mail feature and accessed by clicking the New Message button in the top left. After doing that, click on the button that says “Click to Safely Trade Items.” Pick an item or two to trade to the other player, and pick one or two items you’d like to get in return. Simply choose the recipient, enter the subject, and submit your request, which will cost you 10 Sesterce each.

While we’re still on the topic of social element of Asterix and Friends, a third benefit of getting social would be joining a guild. Guilds, aside from offering you a chance to team up with other players and, who knows, maybe make some new friends, allow you to team up against each other’s Legions. They let you gain additional experience points, which could help you level up the guild and get better bonuses going forward. These guild bonuses include increased Sesterce production, faster upgrade time, faster brawler cool-downs, additional storage, and additional damage when fighting Roman legions.

12. About The Village Brawl

Yes, this is still about the game’s social features, and this time we’ll be talking about Village Brawl, which is Asterix and Friend’s version of the MOBA, or multiplayer online battle arena. All players who take part in tournaments and remain active in them will get specific items as prizes, and the quality of your rewards will depend on the rank of your league; the higher the league, the better the prizes. You can also win raw materials for crafting, on top of all that, and winning the Village Brawl will allow you to earn back your bet and double it.

Last, but not the least, both Android and iOS versions of the game allow you to connect your game to Facebook. Once your game, and your village, are both connected to your Facebook account, you’ll be able to play the game on both your phone/tablet and your laptop/desktop, simply by logging on to Facebook while using a web browser. This feature becomes available the moment you’re done with the tutorial.

Now what if you’ve got a village connected to Facebook, assuming you’ve already been playing Asterix and Friends as a Facebook app, rather than a mobile app? That means you’ll have to make a decision, opting for either the village on your mobile device or the village linked to your Facebook account. The game allows you to copy your Facebook village onto your mobile village, or vice versa, so choose the village where you’ve made the most progress and discard the other one, easy as that. 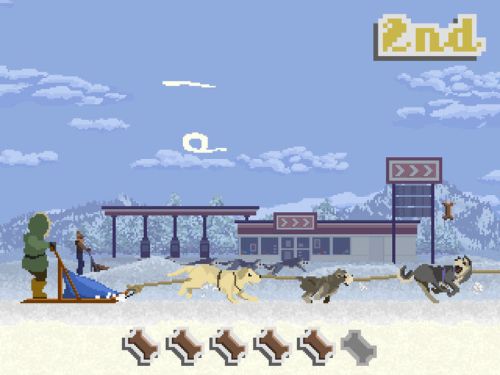 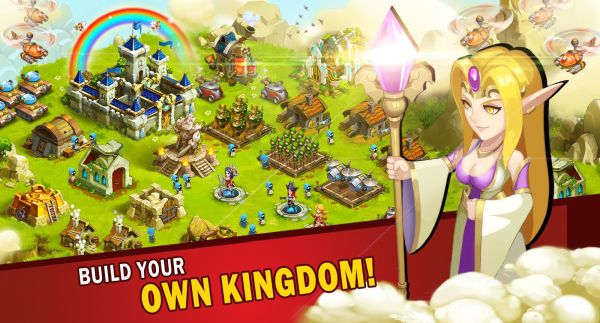